This webpage is dedicated to the night of December 12, 2015 where 9 bands met at the Knights of Columbus Hall in Oelwein Iowa to celebrate the career of Tom Kammer. To see the details of that night visit the “original” KAMMERSTOCK web page.

The night was a tremendous success. There were about 600 people who attended and the weather was perfect for people to occasionally leave the crowded main room and mingle outside.  It has been reported that the KC’s stated that this was one of the biggest crowds they have ever had.  Many people mentioned that it seemed like a reunion of Oelwein High School classes from the 70’s through the 80’s.

This event was hosted and created by an awesome group of people. THANK YOU to everyone who contributed time, ideas, talent, money, prizes, labor, cooking, organizing, music, fun and spirit to this event.  These people have proven that it takes a village with a common vision to create an event like this.

In addition to each of the names mentioned above, there were many, many more people who worked with each of them to organize this event. Additionally, nearly all the planning was done via Facebook. It was really amazing how important social media was in organizing the group’s progress and planning and also sharing the vision of the event. 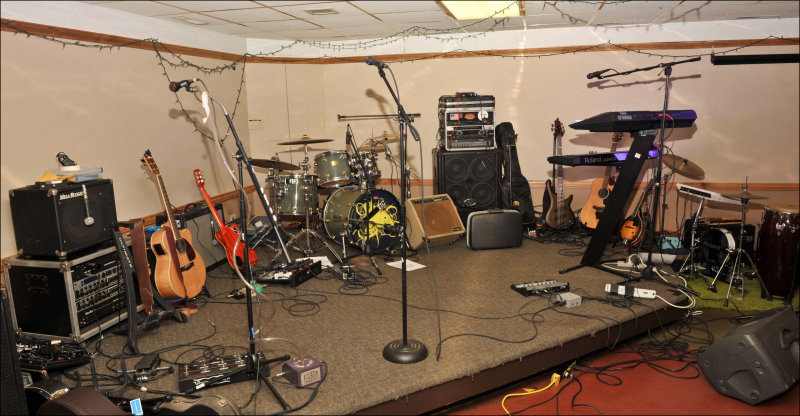 The stage is ready for the 3:00 PM start

Backstory of the Event

October 14, 2015 was the day that the friends of Tom and Brenda Kammer found out that Tom was diagnosed with pancreatic cancer.

Brenda setup a Caring Bridge Site and Tom and Brenda’s friends from the lake setup a GoFundMe page.

Several days later, Mark Nicolay and Tom Miller suggested that some of Tom’s musician friends should get together and do some sort of party or benefit concert. They mentioned something on FaceBook and the first person to say he was in was Mike Fereday. Later that day, Kent Moore said he was in. The next day Kelly Murphy said he was in, and the event was now becoming a reality.

The initial plan was to have a night where all the musicians would just get together and jam for a while. That plan soon progressed to inviting established bands that would hold the night together and then have an all-star jam at the end. After the word got out we started getting calls from Tom’s musician friends from across the country who wanted to attend.

We then started looking for a location in the Oelwein area. After several options were considered, the Knights of Columbus was booked for December 12.

Miller created a KAMMERSTOCK FaceBook group where we shared the planning of the event. This group later grew to be about 40 people.  Murphy made some graphics for the page and also started updating the Tom Kammer webpage on HubCityMusic.

It was soon decided to bring together former members of Blue Horizon and Shatter as a new band called BlueShatter.

Through email discussions started by Nicolay, the initial list of 24 possible songs for BlueShatter started to be whittled down to approximately 10 songs. Nicolay was the glue that put together all the different song options for the final BlueShatter set.

Each musician in BlueShatter then received an email of the final song list with accompanying YouTube links to learn the songs on their own and be prepared to perform these songs on the 12th with no prior rehearsal. Murphy then made a poster of that new band and posted it to the FB group and also created a new HubCityMusic page dedicated to KAMMERSTOCK.

Miller finalized the lineup of bands for the day and created a KAMMERSTOCK poster which was printed by the company where Kelli Kammer worked and then distributed around the area.

Huge thanks go to the musicians who traveled to Oelwein from Georgia, Oregon, Indiana, Minnesota, Ohio, Arizona, Texas, Washington DC, and from all across Iowa. Thanks also go to Kevin Gage who provided his PA system and engineered the sound for all the bands and musicians.

And special thanks to John Kadlec from Cedar Rapids (Kadlec Photography, 6400 Milburn Rd. Cedar Rapids, IA 52411  Phone: 319.551.9355) who was on hand to photograph the night. His photos are featured on this page and also in the videos.

But most of all, we thank all the people who came to the KC’s on December 12th to help us celebrate the musical legacy of Tom Kammer.

Deb Kunkle at the Oelwein Daily Register, the hometown paper of Oelwein, wrote this great article a couple weeks before the event:  Read Page One here.   Read Page Two here. 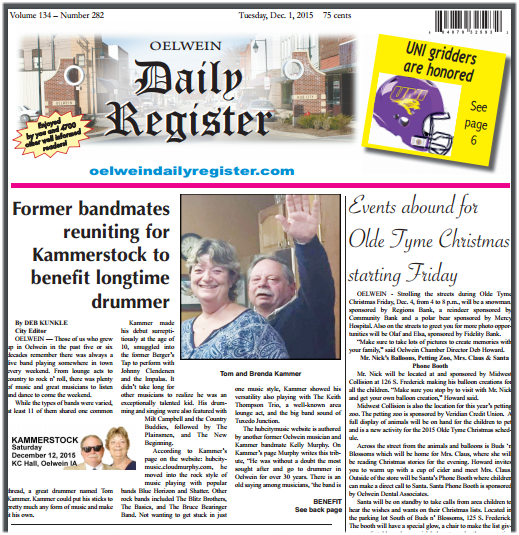 Below are some videos of the event. The footage was recorded by a camcorder from the back of room and the only audio we have was taken from the live mic on that camera. As a result, the quality of the audio and video are not the best, but you can get a sense of what the night was like. However, two of the band’s performances (Blitz Brothers and Rearview Mirror) had audio supplied by Clay Hallberg for the final mix.  All of the bands were video taped but some of their sets were not fully captured because of tapes needing to be swapped out sometimes during their sets.

On some of the clips, footage was included from audience members who videotaped with their personal devices. The majority of the pictures in the videos were supplied by Kadlec Photography from Cedar Rapids.

There are two video clips for each of the bands. Depending on your browser or device, one or the other may work better. 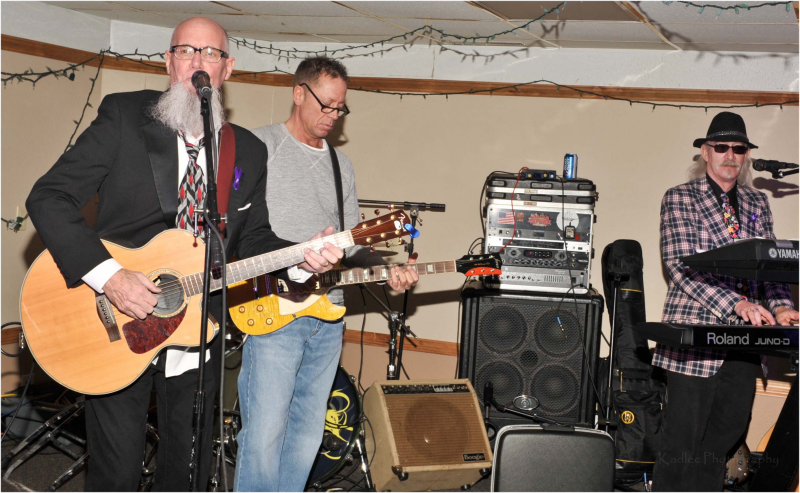 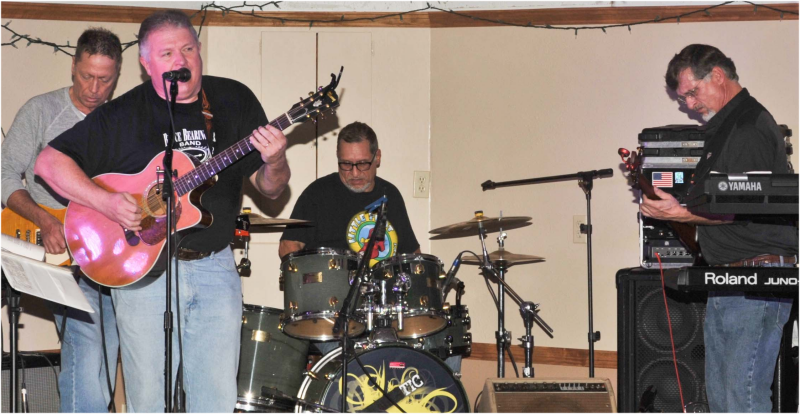 Blitz Brothers were reunited with their drummer Tom Kammer for nearly the entire set. Note the special footage of Tom during “Bang the Drum” . 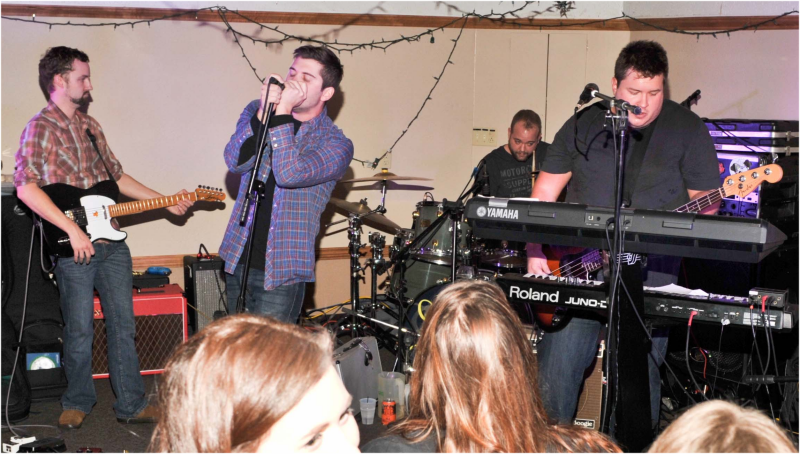 Windfall Jac rocked the house with a 6 song set. Unfortunately, due to a technical problem, the only footage that was recorded were portions of  three songs.  Many thanks to the band Windfall Jac, a member of the Iowa Rock and Roll Hall of Fame, for their great set. 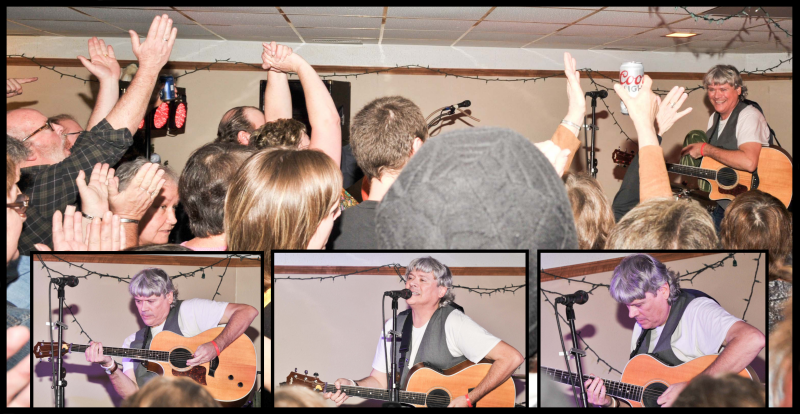 Terry Wheeler performs in the Prescott, Arizona area as “A Night with Terry Wheeler” His solo acoustic act is augmented by programmed drums and other instruments. Due to issues with the sound recorded by the camcorder microphone, this video does not represent the power of his performance. However, due to video footage supplied by Seth Vargason with his mobile device, you can get a glimpse of what his set sounded like to the audience in front of the stage.

The addition of Blue Horizon to the band lineup was a last minute thing.  A week before the event we found out that Terry Wheeler was able to work out travel arrangements from Prescott AZ.  We now had four members of Blue Horizon (Terry Wheeler, Tom Kammer, Rob Tatro and Kelly Murphy) available for a short, unplugged and unrehearsed, 3 song set after Terry’s acoustic set and immediately before BlueShatter.

BlueShatter was prepared to perform a 10 song set but due to the Knights of Columbus having a strict policy on when the event was supposed to end, BlueShatter (the last band to perform) only had time for 5 songs.   Also, due to some technical issues, the complete BlueShatter set was not recorded.  The video below is the first 4 songs of the BlueShatter set.

The All-Star jam was not officially recorded with the back of the room camcorder due to a technical issue. However, footage gathered by photographer John Kadlec captured most of the two songs performed by the Al-Stars.

Stay tuned until the end of the video to see comments by Tom Kammer and a special slide show of images.

Bonus Video of the Audience at KAMMERSTOCK.

If you were at KAMMERSTOCK, there is a very good chance of you being in one of the pictures in the video below. The majority of the photos provided by Kadlec Photography with some additional shots by Kevin Roberts.

Just added: Here are some pictures of the KAMMERSTOCK crowd from Gilbert Brandt.