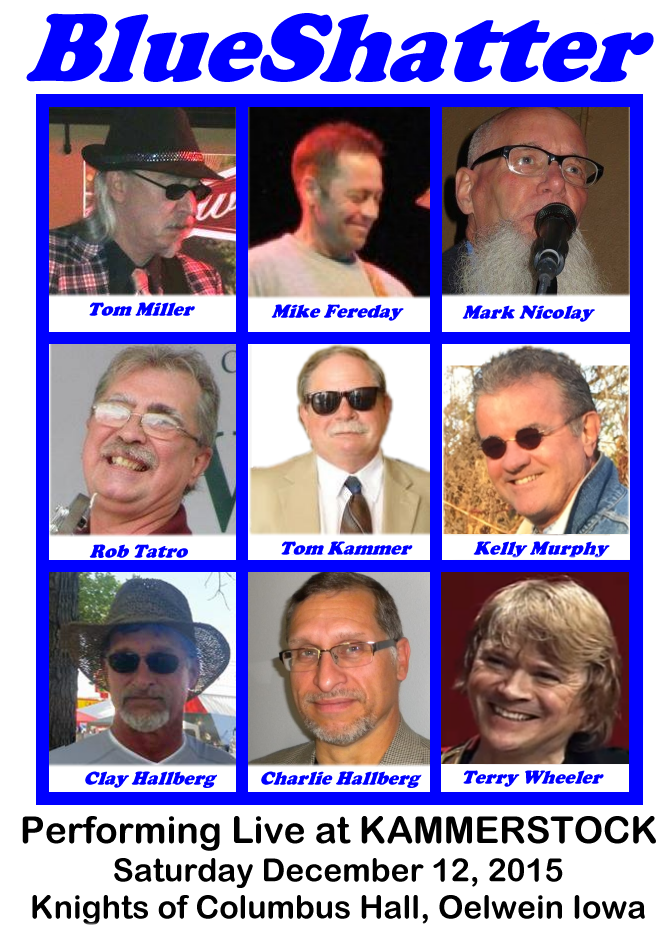 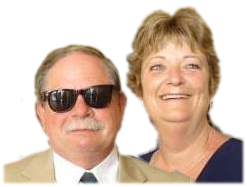 KAMMERSTOCK was an 8 hour event on December 12, 2015.  Organized by friends of Tom Kammer to celebrate his musical legacy and to assist him with expenses incurred with his current medical situation. Read the story of Tom Kammer by visiting his page.

The headliner was BlueShatter Band. The band was created from former members of Shatter and Blue Horizon, both bands where Tom was featured as the drummer.  The band will performed one time only at the Knights of Columbus Hall in Oelwein Iowa on December 12, 2015.

Musicians who have played with Tom Kammer in one of his many bands traveled in from across the country to perform at KAMMERSTOCK. They came from Georgia, Oregon, Indiana, Minnesota, Ohio, Arizona, Texas, Washington DC, and from all across Iowa.

For those friends of Tom who want to help out but are unable to attend, we suggest donating on his Fundraising Page.  You can also make a donation at any of the Veridian Credit Union locations or mail it to:
Veridian Credit Union
Tom Kammer Benefit
124 E. Charles St.
Oelwein, IA 50662 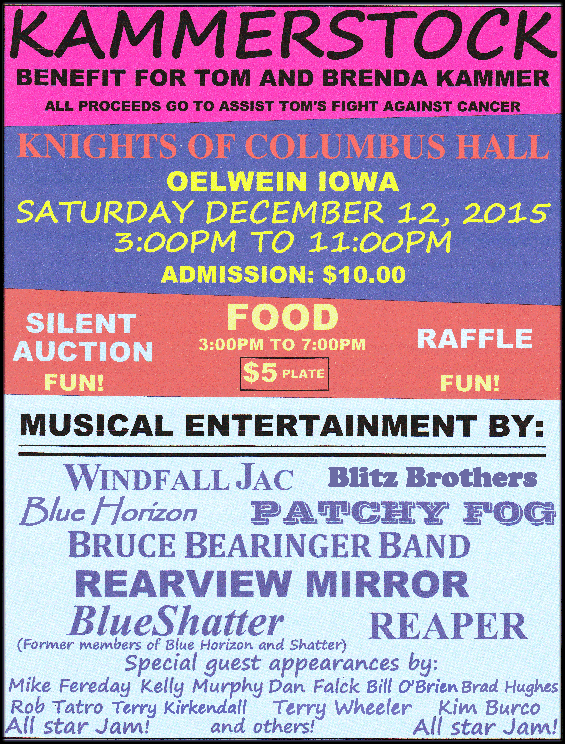 The lineup of bands and musicians with starting times scheduled for KAMMERSTOCK. Note: The KC’s will open their doors at 2:00 PM. Get there early to secure your seat. 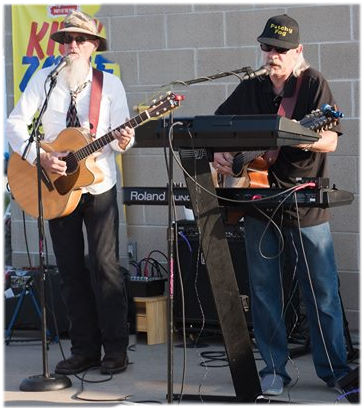 Patchy Fog  3:00-4:00
Former members of Shatter (Mark Nicolay and Tom Miller with special guest Mike Fereday) have become the top draw in venues across Iowa.
Patchy Fog is a dynamic acoustic guitar duo featuring Mark Nicolay on acoustic guitar and vocals and Tom Miller on acoustic 12 string, keyboards, mandolin and harp. Mark and Tom are former members of famous Iowa bands including 70’s-80’s Eastern Iowa rock band and Iowa Rock and Roll Hall of Fame nominee, Shatter, as well as The Jumpers, The Pawns, High Society, The Avengers, White Rain and The Thirteenth Hour. Mark is also presently a member of the Cedar Rapids Band, Blue Henry. With decades of musical experience Patchy Fog brings you a variety of well known hits from the 60’s thru today including but not limited to The Beatles, Crosby Stills and Nash, The Eagles, Eric Clapton, Jimmy Buffet, Kenny Wayne Shepard, REM, Dave Clark Five, Marshall Tucker, Jonathon Edwards, America, Johnny Cash, John Hiatt and Eddie Floyd to name a few! Patchy Fog has played to packed houses throughout Eastern Iowa and has recieved rave reviews. The “Patchy Fog All Volunteer Rhythm Section” continues to grow and new members are always welcomed. All you have to do is “shake it”! You gotta check out Patchy Fog when they play near you! 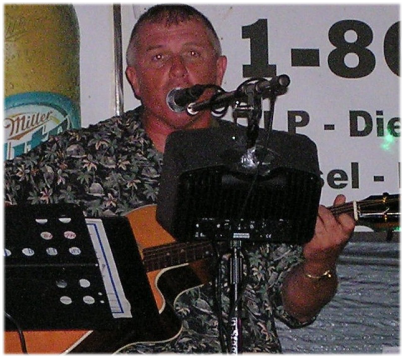 Bruce Bearinger Band 4:15-5:15
Northeast Iowa Favorite
Bruce Bearinger has been entertaining Iowans for over two decades with his current solo act and the Bruce Bearinger Band. Former member of StoneHeart, The Jumpers, and other Northeast Iowa bands.
He covers a musical span from Boston to Neil Young. Performing classic singer/songwriter genre from Jimmy Buffet to James Taylor.
He is frequently accompanied by the Doctor of Bass – Clay Hallberg, and the Barrister of Bop – Charlie Hallberg. 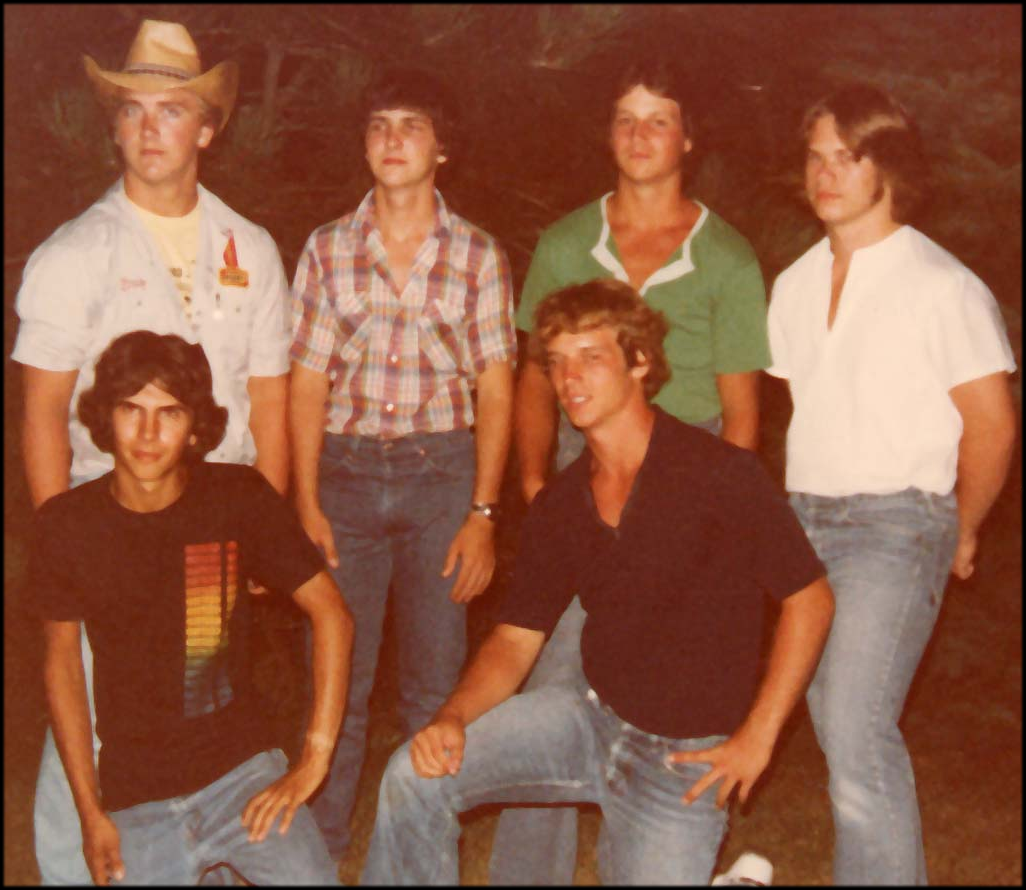 The Blitz Brothers were formed in about 1983. This band started out with Brad Hughes, Tom Kammer,  Robbie Casey, and Dan Falck.  Later members of the band included Kent Moore and Mike Fereday.

Another member of the Blitz Brothers Band was UNI Theatre major, Bill O’Brien  from Cascade, Iowa who played keyboards and sang. O’Brien went on to a national musical and acting career, playing Buddy Holly in a touring company that traveled across the country and also appearing on multiple television shows including NBC’s West Wing during each of it’s seven seasons. Bill is now the Senior Advisor for Innovation to the Chairman of the National Endowment for the arts in Washington, DC. 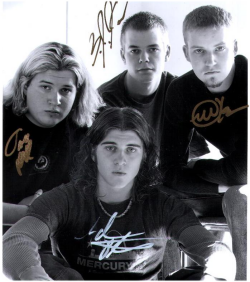 Rearview Mirror toured nationally and was signed for a recording contract by Gobstopper records.  Their first album, “All Lights Off”, was produced by Steve Lillywhite who also produced albums by U2, Dave Mathews, Rolling Stones and Phish. Follow their link to listen to their music. 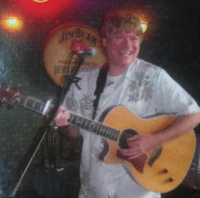 A Night of Music with Terry Wheeler

Terry Wheeler was a member of the Oelwein band Blue Horizon, the Independence band Rewired, the Waterloo band The Proof, and various other bands in Texas and Arizona.
He is now based out of Prescott, Arizona and performs as a solo acoustic act called: A Night of Music with Terry Wheeler.
His act features songs by Pink Floyd, Led Zeppelin, Don Henley, The Beatles, America, Stevie Ray Vaughan, Eric Clapton, Chris Isaak, Dick Dale and many originals. 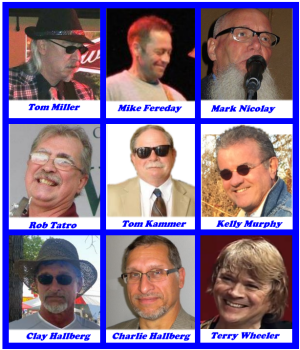 Blue Horizon – From 1974 to 1978 Blue Horizon performed nearly every Friday and Saturday night at hundreds of dances, showcases and concerts in ballrooms, county fairs, and high schools throughout the Midwest.
The band featured strong vocal harmonies, two lead guitar players, and an electric violin that allowed them to play both original music and all the current hits of the day. Blue Horizon also distinguished themselves by performing deep album tracks by Frank Zappa, Jeff Beck, Little Feat, Elvin Bishop, Steely Dan, The Beatles, Charlie Daniels Band, George Benson and Stevie Wonder.   Blue Horizon appeared in concert with multiple Midwest bands including the Minnesota band Judd and future IRRHOF bands Headstone and Dahcotah.

All-Star Jam
The final act of the night will feature as many of the attending musicians that we can fit on stage. Don’t miss it!

Go to the Kammerstock Retrospective page to see photos and videos of the event held on December 12, 2015.