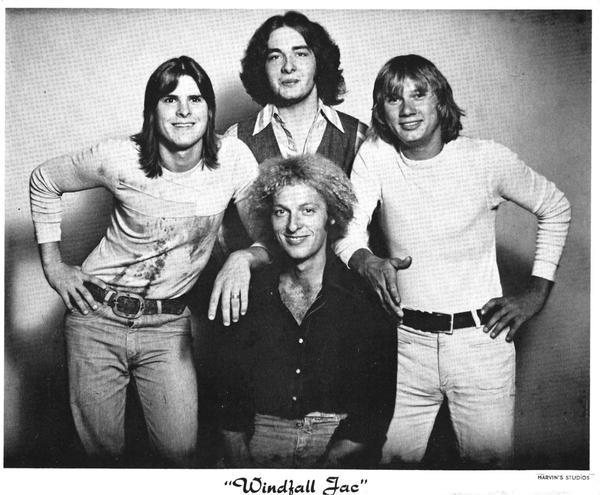 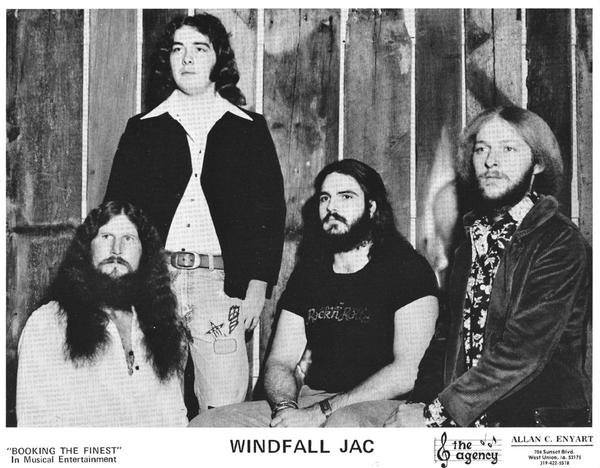 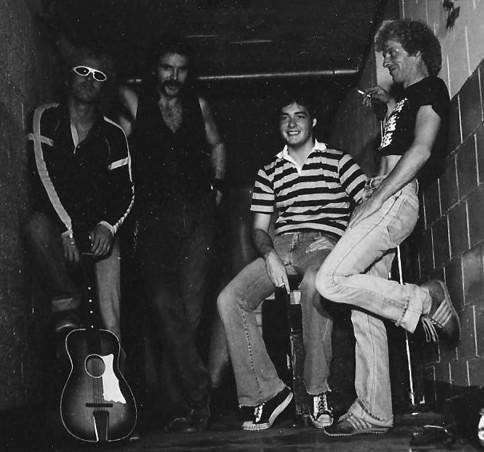 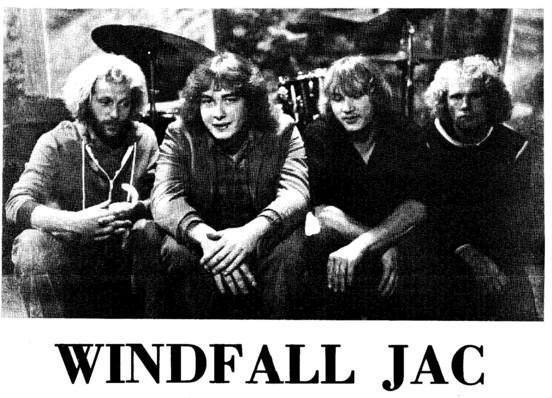 After Tom & Mark Stahr left the band in 1977, the band continued as a 3-piece with new drummer Rex Mulvaney while searching for a lead singer. The band soon added lead vocalist Kevin Samek from Cedar Rapids. After Kevin left, the band found a Bon Scott sound-alike singer in Dave’s younger brother Marc Albert. The band’s popularity continued to flourish. Rex Mulavaney left in 1979 & was replaced by Jesse Bryan.

The band then went to Catamount Studios in Cedar Falls & recorded their first 6-song release “Windfall Jac”. This included two original songs, “Looking For You” & “Found A Girl”. They also started performing Kent’s new song “Backstage Blues” at live appearances. Mark Stahr returned to the band in 1981. This final line-up continued until the band called it quits in 1984.

During their career, Windfall Jac performed with many top Iowa bands, including Headstone, FRB & The Litterer Band. They also shared stages with national acts such as Head East, Black Oak Arkansas & Dr. Hook.

Windfall Jac reunited in 1995 & started performing annual reunion shows, often donating proceeds to charity. Some of the recipients of these benefits were Grace Lutheran Church in Fayette, the Hawkeye Fire Department, Maynard Little League & the Tommy Stahr Memorial fund. They drew huge crowds to their reunion shows at the Valhalla in Clermont, Hawkeye Community Hall & Maynard Community Hall. At their first reunion show, they drew the biggest crowd ever at Centerfield Lounge in Maynard.

Video of Windfall Jac at KAMMERSTOCK 2015

Windfall Jac rocked the house with a 6 song set. Unfortunately, due to a technical problem, the only footage that was recorded were portions of  three songs.  Many thanks to the band Windfall Jac, a member of the Iowa Rock and Roll Hall of Fame, for their great set.