Downtown Oelwein In The 1950’s

Oelwein Iowa is a small town in northeast Iowa that owes it existence to the railroad industry. During it's heyday, Oelwein was the junction of over 12 different rail lines that would be switched, repaired and redirected in Oelwein and then go on their way. It is because of this that Oelwein was known as the Hub City. Oelwein still houses a railroad museum, The Hub City Heritage Corp-Railway Museum.

Oelwein has had an amazing and great history of live music for a town its size. One could speculate that the interest in live music originated from the existence in Oelwein of one of the Midwest's largest and most successful ballrooms: The Coliseum featured big name bands from the mid 30's to the mid 70's. The Coliseum also attracted huge crowds from all over the Midwest to come to Oelwein and hear high quality live music. 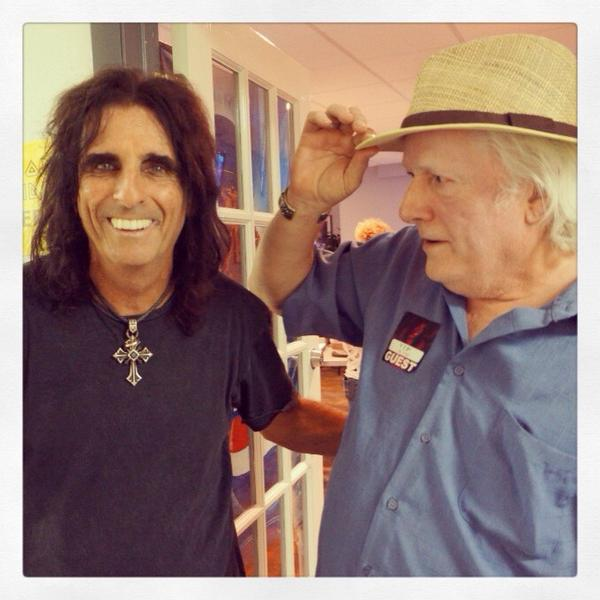 In addition to the recognitions from the Iowa Rock and Roll Hall of Fame, explore this website to read about other Oelwein notables in the Rock genre.  Dick Wagner was part of the Alice Cooper Band, Jay Sieleman is the President and CEO of the Blues Foundation in Memphis Tennessee, and Randy Landas has toured around the world with artists such as Burt Bacharach, Engelburt Humperdinck, Rita Coolidge, Andy Gibb, Rickie Lee Jones, Johnny Mathis, Marilyn McCoo, Helen Reddy, and Little Anthony and the Imperials. A town the size of Oelwein typically would not have had the number of musicians who grew up here and made such an impact on the state, national and international scene. However, in addition to the Oelwein "Superstars", there were hundreds of other talented musicians who regularly worked and made a living while living in Oelwein. They entertained countless generations of people in our town and then many relocated across the country to continue very successful and lucrative musical careers.

Well known country bands such as The Andy Doll Band, Leo Greco, The Bobby Hankins Show and Al Ricchio all made their home in Oelwein. In addition to these big names, there were many other country musicians and bands who worked the 5-10 local places every weekend. It was not unusual to have 4-5 country bands and 2-3 rock bands all playing on a Saturday night in the Oelwein area.

Growing up in Oelwein from the 50's through the 90's presented many chances for musicians to practice their trade and give audiences a chance to see and hear live music.  Because of this live music environment, many people caught the fever and excitement of enjoying live music.

This website is dedicated to all the musicians that came out of Oelwein.

We hope you enjoy this summary of live music in Oelwein and encourage you to fill in any holes in our musical family tree. Please comment on any pages that bring back fond memories of your time in Oelwein to help make this site a living history.