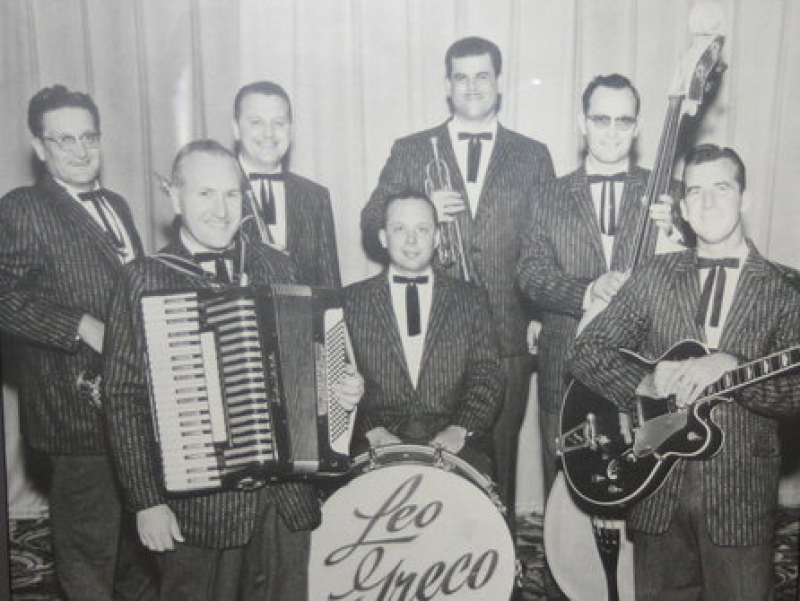 Leo Greco was a radio personality at KOEL AM in Oelwein & WMT AM and WMT-FM in Cedar Rapids, Iowa. In 2010, Greco was honored by the National Association of Broadcasters with the Marconi award for Radio Personality of the Year.

Greco was best known for leading the Leo Greco Band in the ’50s and ’60s and hosting the “Variety Time” radio show on 600 WMT-AM since the early 1970s. 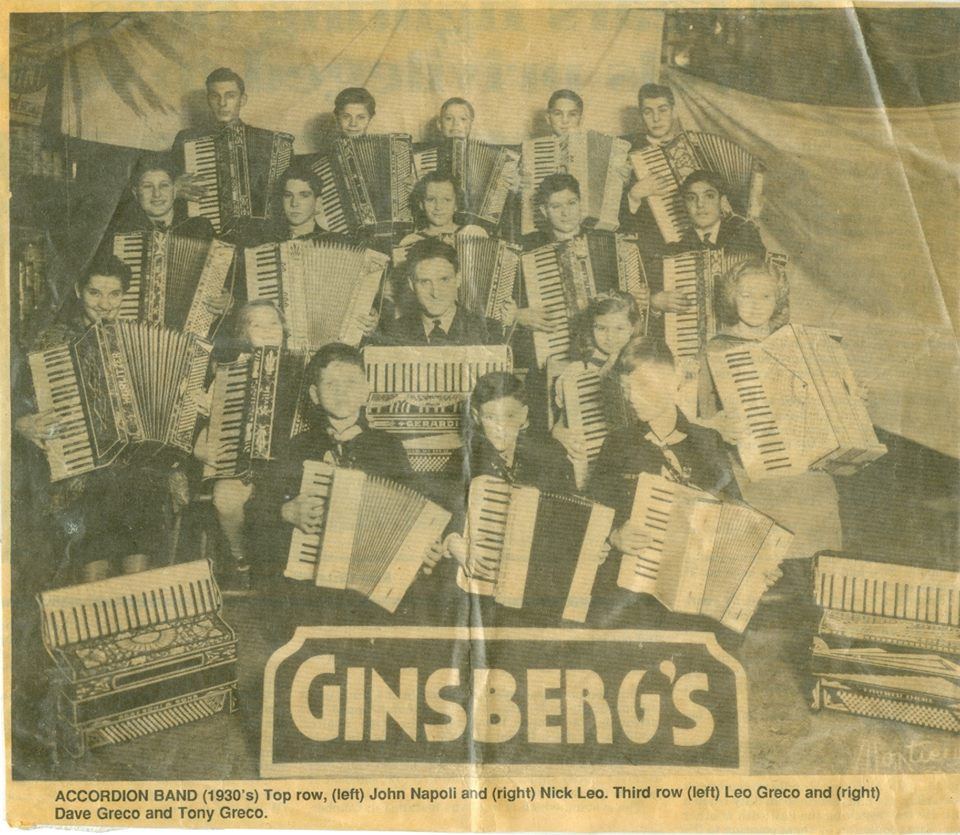 Leo Greco in his first band. (Who and Where was Ginsbergs?)

Greco, who grew up in Oelwein, started playing accordion when he was 10 and joined his first band at 15. In 1939, he moved to Cedar Rapids and joined Don Sievert and the Texans. After playing in several bands, he joined the Navy in 1942 during World War II. On May 4, 1945, his ship, the USS Luce, was struck by suicide planes about 60 miles from Okinawa. After returning home safely, he married his sweetheart, Louise Dugger, a few months later.

“I promised my wife I wouldn’t get back in the music business,” he said in a 2010 interview.

Then Tom Owens asked him to play accordion in his band. Louise, he says, knew how happy music made him and let him break his promise.

“Thanks to my lovely wife and the good Lord, I got in the music business,” he said in 2010. 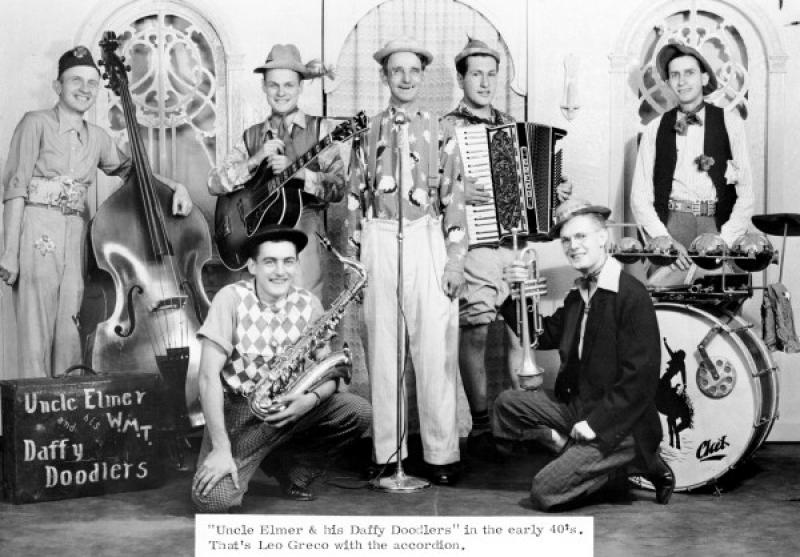 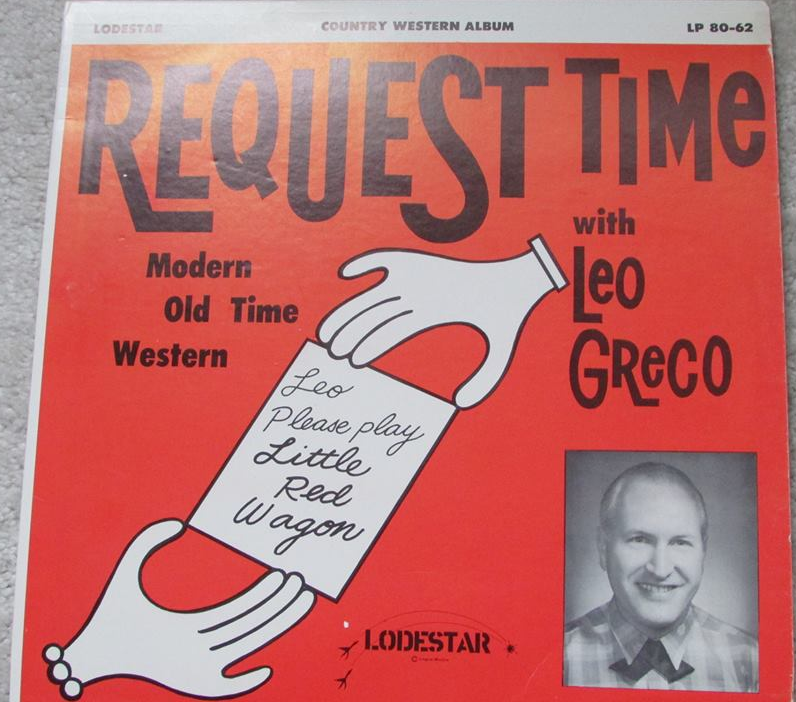 He played with the Tom Owens Band until 1948 when he left started his own band, Leo and the Pioneers, which eventually became the Leo Greco Band. The band toured the Midwest for more than 20 years. “Kent Seeds presents the Leo Greco Show” was aired on six television stations in Iowa and Illinois and 23 radio stations. See a rare clip of his Kent Seeds Show here (NOTE: THIS CLIP IS NO LONGER AVAILABLE: TO ORDER CLIPS FROM CAMP COURAGEOUS, PLEASE GO HERE)

While he was on road, during the band’s heyday, Greco’s wife stayed home with the couple’s five children. 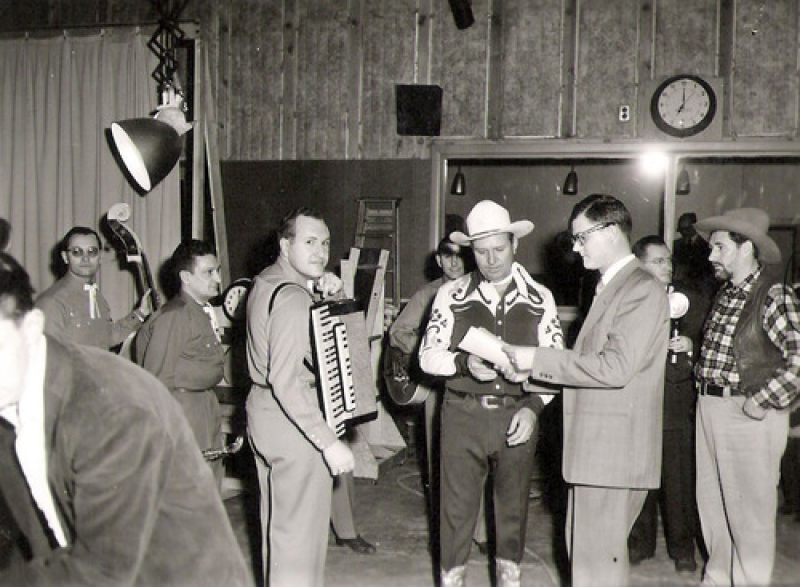 Leo and his band on the set at WMT-TV 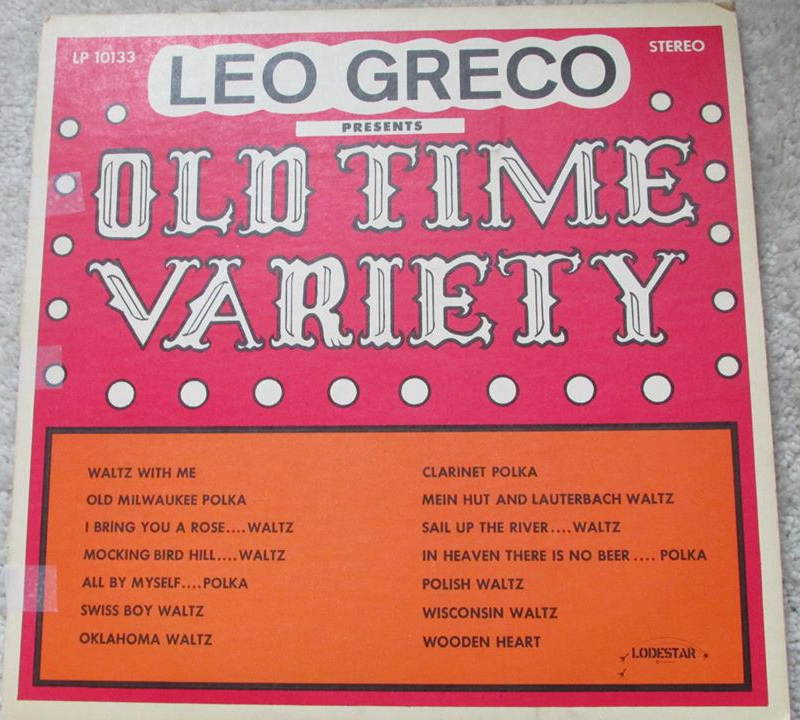 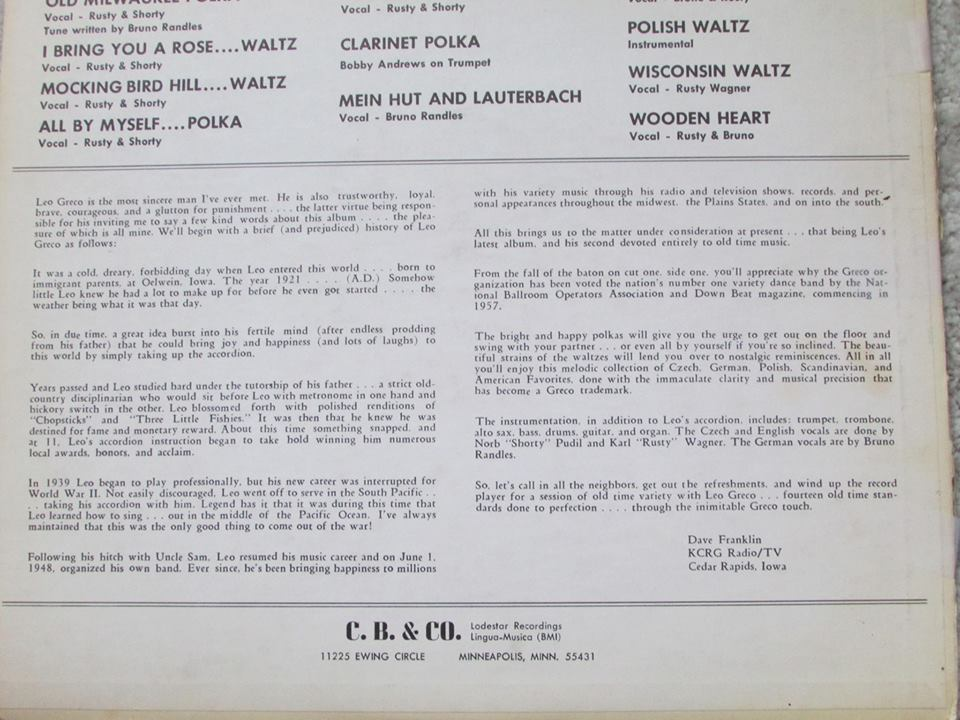 After giving up the band in 1969, Greco went into radio, starting in sales at KCRG-AM. He joined WMT-AM (600) in 1971 and began “Variety Time” a year later. Although he “retired” in 1988, he continued to host “Variety Time” on WMT every Sunday morning.
Even into his 80s, Greco brought in a large audience and helped Eastern Iowans make a connection to the station, Randy Lee, WMT’s program director said in 2010. “He really fits the mold of the purpose of radio.”

As well as entertaining people with his music, Greco was involved with several local non-profit organizations.

Service to others, he says, was instilled at an early age. “My dad told me when I was a kid, ‘We’re living in the greatest country in the world, you have to give back,’” he said in 2010.

One of his favorite organizations was Camp Courageous in Monticello, with the camp getting frequent air time on Sundays.

Greco also collected pop can tabs for the Shriners Transportation Fund. Last year he set a Shriners record by collecting more than 13 million tabs through his radio program.

“He a great ambassador for the station,” WMT’s Lee said. “He’s touched so many people in Eastern Iowa in so many ways.” 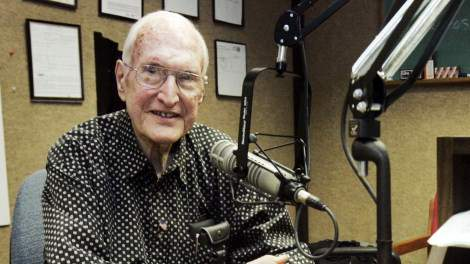