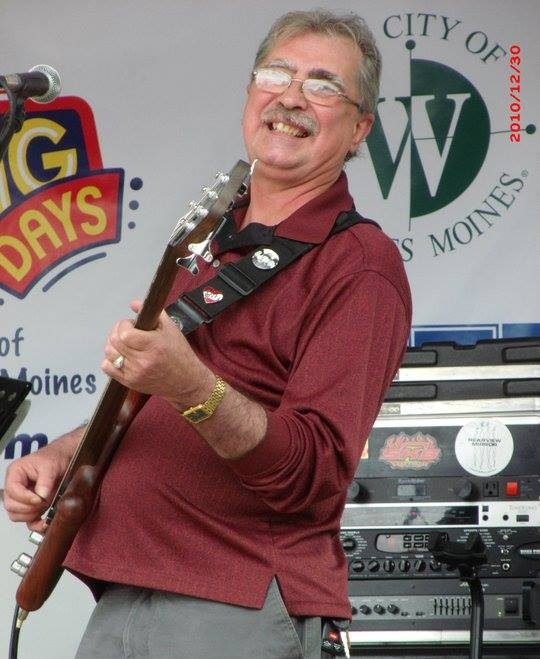 Rob Tatro was a member of the Oelwein bands Country Patriots, Blue Horizon, and Shatter.

Rob Tatro: In His Own Words.

My friend John Chapman’s dad had given him a Teisco guitar for Christmas about this time and he was spending a lot of time with it learning stuff. He asked me if I would like to learn something on it so he showed me how to play Wipeout. His cousin Robert had also gotten a Teisco guitar so the three of us got together and starting practicing. Our first three songs were Wipeout by the Ventures, What’d I Say by Ray Charles and Snow Bird by Ann Murray. We did this for awhile and Had a lot of fun. Also that summer my folk’s took me and my sister up to Lakeview Resort in Prairie Du Chien Wisconsin for a week vacation. While there I found out there was a band playing there that weekend called The Plainsmen. Mom and Dad took me to go see them and I just loved the sound of the bass guitar. It’s funny how things work but that bass player was a guy named Ed Kammer. Little did I know that his little brother would be in some of my later bands and become a lifelong friend. 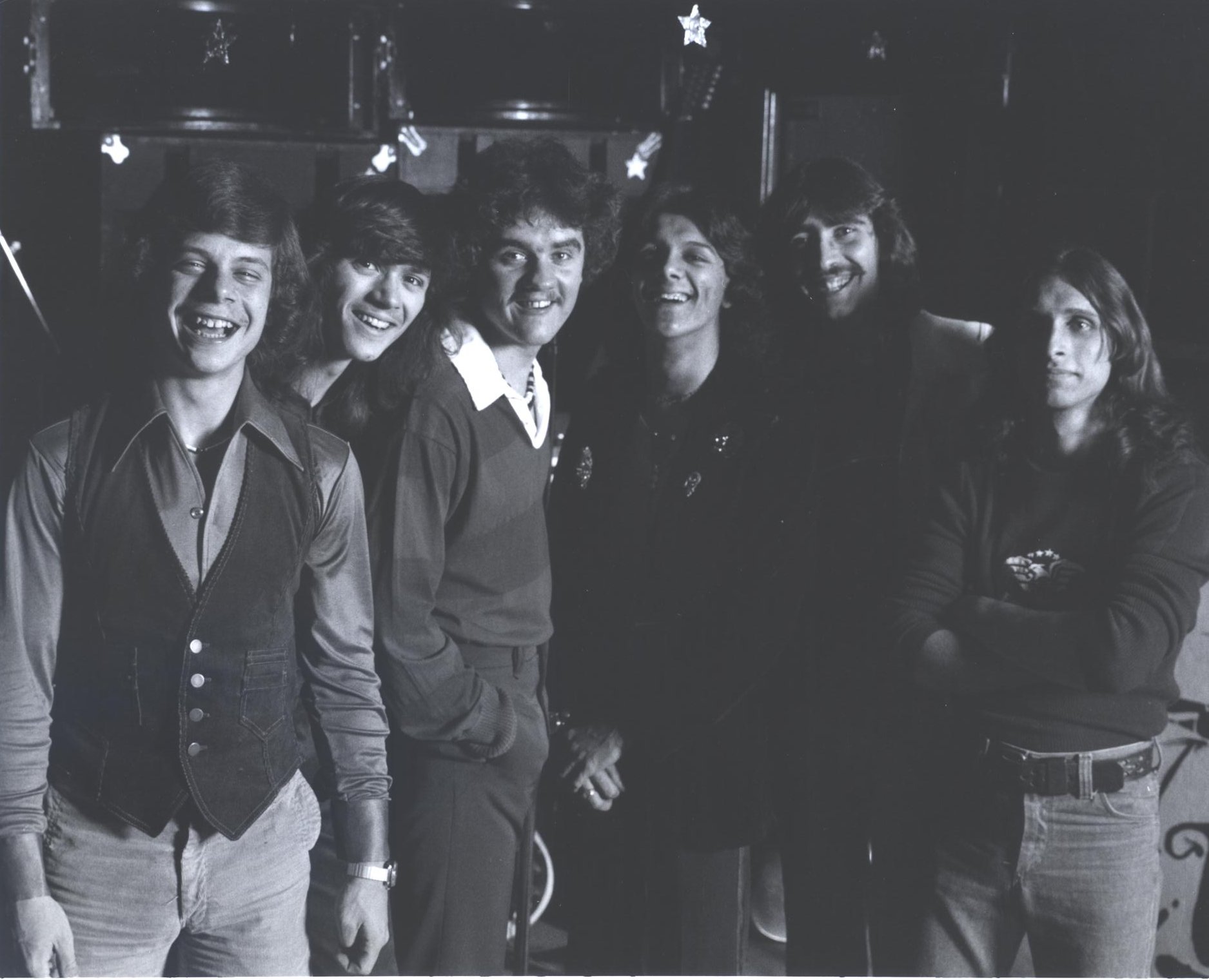 We played as a three piece for a while and then Vargy told us about another guitar player named Kelly Murphy. So we all got together, got Kelly up to snuff on our material and became a four piece. After awhile we starting injecting a bit of Rock and Roll into the show and I think John might have not liked that direction so he left and we became a three piece again for a while. After a period of three piecedom we hired Tom Kammer on drums and Vargy went up front to sing lead and changed our name to Blue Horizon. John Chapman came back for a brief period and then left again. By now we had been playing live for about two years and were getting pretty well known in the area. We were playing show at the Catholic School in Independence, IA and on a break I struck up a conversation with a guy who was taking pictures. I asked him if he knew any guitar players because we were kind of looking for one. He gave me the phone number of a kid named Terry Wheeler. I called him and set up an audition. We were practicing in Tom Kammers dads basement then. The first song we played together was China Grove by the Doobie Brothers. He did an awesome job and now we were a five piece. 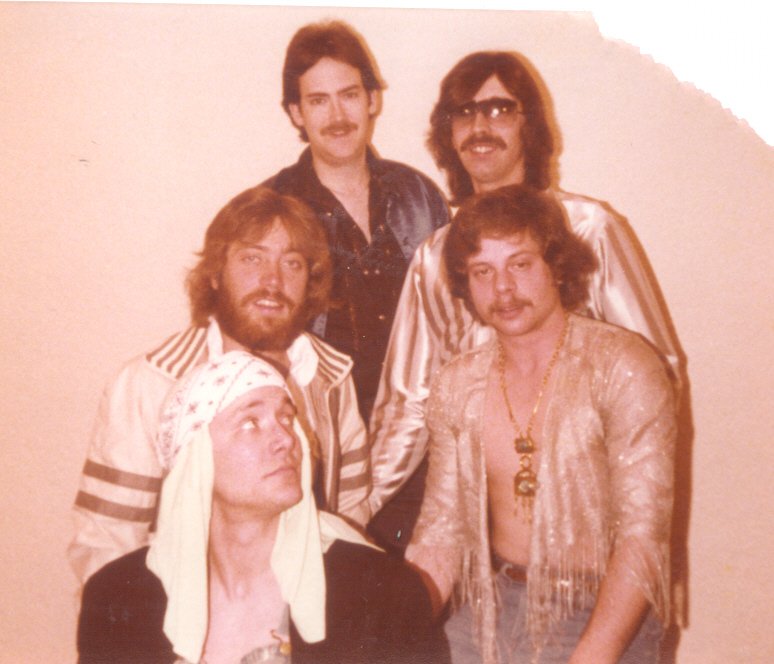 We got very popular and with our agent Al Enyart we played all over the state and out of state too. I couldn’t even begin to tell you how many high school yearbooks our pictures are in because we played a lot of proms and other high school functions in the 70’s. Sadly, we had grown to a point in 1978 where we had to make tough choices. Either continue and go to the next level or move on to new experiences. The latter was chosen and Mike Vargason moved to Denver Colorado, Kelly Murphy moved to Waterloo Iowa, Tom Kammer and I joined a band called Shatter and Terry Wheeler joined a band called Rewyred.

Next band I joined was Rewyred. I was real glad to be performing with my buddy Terry Wheeler again. The lineup was Jeff Green on guitar, banjo and lead vocals, Terry Wheeler on lead guitar and lead vocals, Terry Kirkendall (eventually moved to Austin Texas and joined The Derailers) on drums and me on bass. We were a more southern rock influenced band but were actually pretty good at what we did. Eventually that band broke up. Terry Wheeler and I decided to try to find a road band we could join together but that didn’t work out. We both went on the road but separate bands.

Listed below are the road bands I was in and where they were based out of.

I finally decided to get off the road and here is one the funniest ironies of all. Terry Wheeler (whom I wanted to go on the road with but never did during this time) made the same decision about the same time I did. The last road gig Wheels did was at a Ramada Inn in Sandusky OH at the Monks Lounge. About a month later I left the road and my last club was the very same one.

I went back to Iowa and hooked back up with Terry Wheeler. Brad Hughes joined us and we became Taste. We used an Oberheim DX drum machine and we had programmed it to play all the exact fills that were in each song. We were just starting to get a name for ourselves and the band broke up. 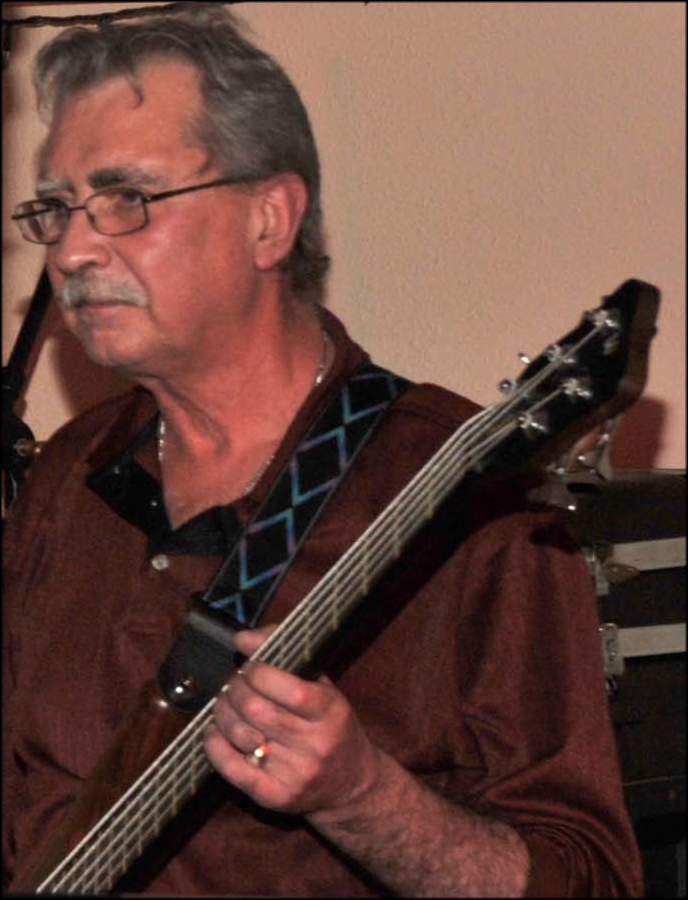 Wheels and I had learned that a singer in Waterloo was looking to put a band together so Wheels and I called him up. His name was Michael Cutsforth. We talked and decided to join him along with Bruce Baugher – drums and vocals and John Gottchalk – keyboards and vocals. The name of this band was Proof. This was to be my most successful endeavor as we went into the studio and cut an album. We had a hit with “She’s Eighteen” and it was played on several radio stations in IA, SD and MN. We also opened up for Head East, Foghat, Tracy Spencer, Gary Richrath, Rare Earth and others. We almost were in a movie that was to be produced by Troma Productions but the financial backers backed out. Too bad as we had the contract in out hands.