It all started with Mike Vargason and Kelly Murphy in the fourth grade at Sacred Heart Elementary School in Oelwein, Iowa. Sister Clementine came to class recruiting musicians for the school band. Vargason picked the clarinet and Murphy picked the cornet and they were soon in the band. A big hit of this band was playing the Star Spangled Banner at home basketball games. This early introduction into understanding and reading music was the basis of their future careers in music.

During Murphy’s 6th grade year, his brother-in-law stored his Alvarez classical guitar at Murphy’s house while he went to Army basic training in San Antonio. In the guitar case were copies of sheet music of folk music. The songs included Puff the magic Dragon, Blowing in the Wind, Pete Seeger music, and music by The Association.

Vargason had a drum set at home and it soon became apparent that drumming was more his passion than clarinet. Another unknown talent of Vargason at this time was his singing and artistic ability.

Even though Murphy played cornet, his passion was soon shifted to guitar. Probably because of his older sister Jill bringing home all the Beatles records ever since he was in Kindergarten at Harlan Elementary School. Murphy then received guitar lessons from Sacred Heart music teacher, Sister Jo, in order to learn how to tune the guitar and the basic chords. His first song was Puff the Magic Dragon.

After learning another couple of folk songs, Murphy teamed up with Vargason and experimented with turning some of these folk songs into rockers. After jamming on the folk song This Train, Vargason came up with some alternate lyrics and turned the song into a song called “Rockin’ Christmas that Murphy and Vargason did for the Sacred Heart Christmas Variety show.

After that Murphy and Vargason used to jam together during school lunch hour. Vargason soon brought his drum set to school and Murphy stuck a microphone into the hole in the guitar that made his guitar “electric” and they jammed in the gym and outside during lunch hour. A hot song for them during this time was I’m Your Captain by Grand Funk. The guitar lead from I’m Your Captain was the first complete lead the Murphy learned. Another big song of their’s at that time was Inside Looking Out by Grand Funk.

Murphy’s acoustic guitar was now not cutting it so he borrowed $150 from his dad and bought a Gibson Les Paul Junior electric guitar at Samar Music. He convinced his dad that he would pay him back by earning money playing gigs around town. It turned out that he did indeed pay him back although it did take him a couple of years.

During this time, Murphy took guitar lessons from Jim Trewin and Vargason took drum lessons from Jim Mazziotti. These guys played in a band together (Afterflash) and both gave music lessons at Samar Music.

Jim Trewin played a gold top Les Paul Deluxe. It sounded so good to Murphy, that it was probably these lessons that influenced him to buy a Les Paul and he subsequently primarily played a Les Paul throughout his career. It was during these lessons that they introduced Vargason and Murphy to the band “Lightning (aka White Lightning)”. This was a Minneapolis band who used to appear at Electric Park in Waterloo. Although Varg and Murf never got to see them live, they learned much from their record and both of them were taught riffs from that album at Samar Music. They jammed and played the Lightning song, “1930”, for many years in several different bands. Another band that Trewin and Mazziotti taught them riffs from were Grand Funk Railroad.

By the time Vargason and Murphy were 8th graders (1972) at Sacred Heart Elementary School they encouraged classmate Randy Landas to buy a bass guitar and amp and they started practicing as a 3 piece band. Both Landis and Murphy got an Ampeg B25B amplifier and they were now a loud rock band. It was not before they came up with their band name: Bilbo Baggins Blues Band. Vargason sang lead and played drums. They practiced at Landas’s house and soon worked up about 10 songs. Songs by Led Zepelin, Black Sabbath, Grand Funk and Deep Purple were a major part of their song list along with an original or two. They received special guidance from Randy’s next door neighbor, Steve Bachman, a guitar player who played a Gretch Country Gentleman in a country band called “The Plainsmen” which happened to include a bass player and drummer who were brothers and had a last name of Kammer, but more about them later.

Bilbo Baggins on stage at the Moose in Oelwein

Check out Murphy’s Les Paul Junior guitar by clicking on the shot of the full band on stage for their first gig at the Moose Club in Oelwein. He decided that he wanted to refinish it and in the polaroid shots from the Moose gig below you can see the new red color. This was a mistake that only a fourteen year old would do in 1972. If he would have kept it as it was, it would have been a very expensive guitar in today’s vintage guitar market. With his amateur refinish job, it is now probably worth less than a thousand bucks. He sold the guitar to Spencer Hayden of Oelwein and the whereabouts of that guitar is unknown.

They also played a gig at the Oelwein Country Club where Diesel Maddigan was the bartender. Their big songs at that time were “Innagaddadavida” and Mississippi Queen. The good thing about the Iron Butterfly song was that it was over 20 minutes long. Along with this song and repeating several other songs they were able to do a 3 hour set. They soon were ready to book a gig. They rented a small Casino PA from Sam Mazziotti at Samar Music and booked a gig at the Moose Club in downtown Oelwein. They used their classmate, Mike Harrington (Harrington’s Headlights) to run the lights. They made about 25 dollars total and they were now in the big time.

See the complete set of polaroids from the Moose appearance here.

Randy Landas’s family moved to Marshalltown Iowa and for now, the music careers of these three young lads from Oelwein appeared to be over….for now….

Randy Landas ended up moving to Marshalltown Iowa and eventually to Los Angeles California to continue his musical career that included playing with some of the biggest names in the music industry. He has toured around the world several times with artists such as Burt Bacharach, Engelburt Humperdinck, Rita Coolidge, Andy Gibb, Rickie Lee Jones, Johnny Mathis, Marilyn McCoo, Helen Reddy, and Little Anthony and the Imperials.  In the recording studio he has played bass on numerous records, television shows, and films, including Columbo, Murder She Wrote, Will and Grace, The District, Who’s the Boss, Boston Public, General Hospital, Caroline in the City, Mad About You, and The Tonight Show. 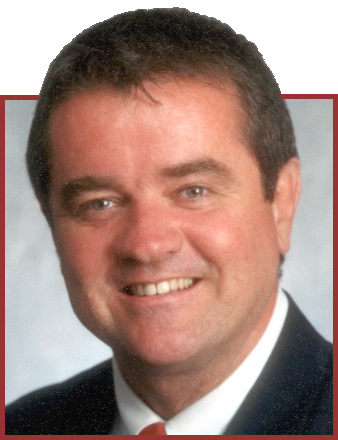 Kelly Murphy later teamed with Mike Vargason in the Oelwein band Blue Horizon and played in popular bands in Waterloo Iowa that included Hip Pocket and the Waterloo “Supergroup” Tennyson. He then relocated to Indiana where he attended graduate school at Indiana University and played in bands in Indianapolis, Bloomington and throughout the state of Indiana. He has been working in the instructional technology industry for the past 30 years and is still playing music. 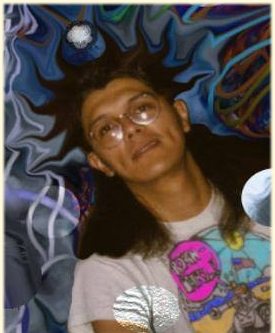 Mike Vargason teamed up again with Kelly Murphy and started the Oelwein band Blue Horizon.  Mike later relocated to Denver Colorado and played in several bands out there, most notably, Stickman and The Slabs. He then moved Wisconsin and then back to Oelwein where he played in the band “Ruthless Orphanz”.  He also owns and operates his own visual design studio, “VargaVisions“.  He spends a lot of time in his home recording studio producing original music.