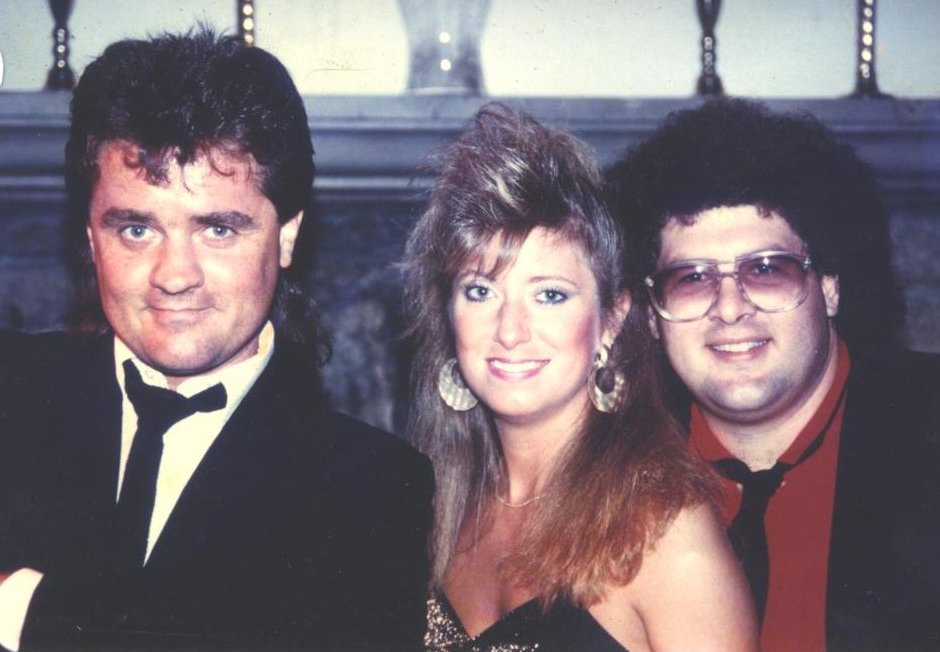 After Tennyson ended, Murphy moved to Indiana in 1987 to pursue graduate school at Indiana University. In order to avoid paying out of state tuition fees, he needed to live in Indiana for one year prior to enrollment.

While he was planning his move to Indiana, he heard that the manager of the the Wal-Mart in Cedar Falls had recently took over the new Wal-Mart in Noblesville Indiana- about 15 miles north of Indianapolis. He gambled on the chance that the manager might hire someone from the town she had spent several years in.

Murphy traveled to Indiana to check out the university and also traveled up to Noblesville to apply for a job at Wal-Mart. After he went through the usual introductions, he mentioned that he was relocating from Cedar Falls and that he used to play in a band there. When he mentioned that the band was Tennyson, the manager stated that her and the assistant managers used to go and listen to Tennyson all the time. Without too much more interviewing, Murphy got the job as a general sales associate. He quickly moved up to department manager of Sporting Goods, and finally ended up as department manager of Electronics. 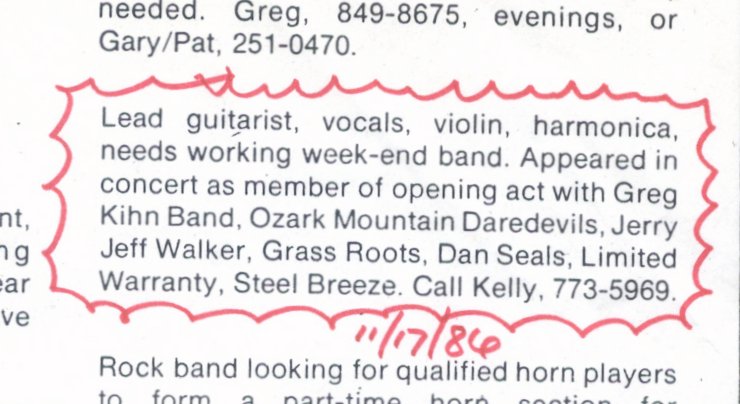 While living and working in Noblesville, he put an ad an Indianapolis music newspaper advertising that he was a guitar player looking for a band. He received a call from a long time keyboard player from Indianapolis who was putting a band together

They scheduled a meeting at a restaurant in Indianapolis and Murphy shared his written musical resume and they talked about general music and band topics. The keyboard player, Nick Boulse, offered him the job after an hour of talking. Murphy did not need to play an audition or even let Boulse hear him play. Later Boulse said, that he had never worked with a musician who was able to provide a professionally written resume at the band audition. Additionally, Boulse said that after talking with Murphy for only an hour, he knew he would work out. Coincidently, Murphy also knew after this hour meeting that he would feel confident working with Boulse without ever hearing him play.

Nick Boulse in a live shot with Step On It

Boulse had a career which was similar to Murphy’s in many ways. Boulse had been in bands since high school and knew what it took to be successful. Additionally, Boulse was at a point where he wanted to do something different. What he wanted to do was to get a three piece band that used sequenced midi parts as the core of the band. What he envisioned was that he would program the drum and bass parts, and he would play live keyboards, have a live guitar player and feature a female lead singer. Boulse had the vision of a three piece band that would make a lot of money playing high end lounges and restaurants around the Indianapolis area. Boulse knew a female singer from Indianapolis that he felt would fit in perfectly with him and Murphy. The name of the singer was Gail Hicks. 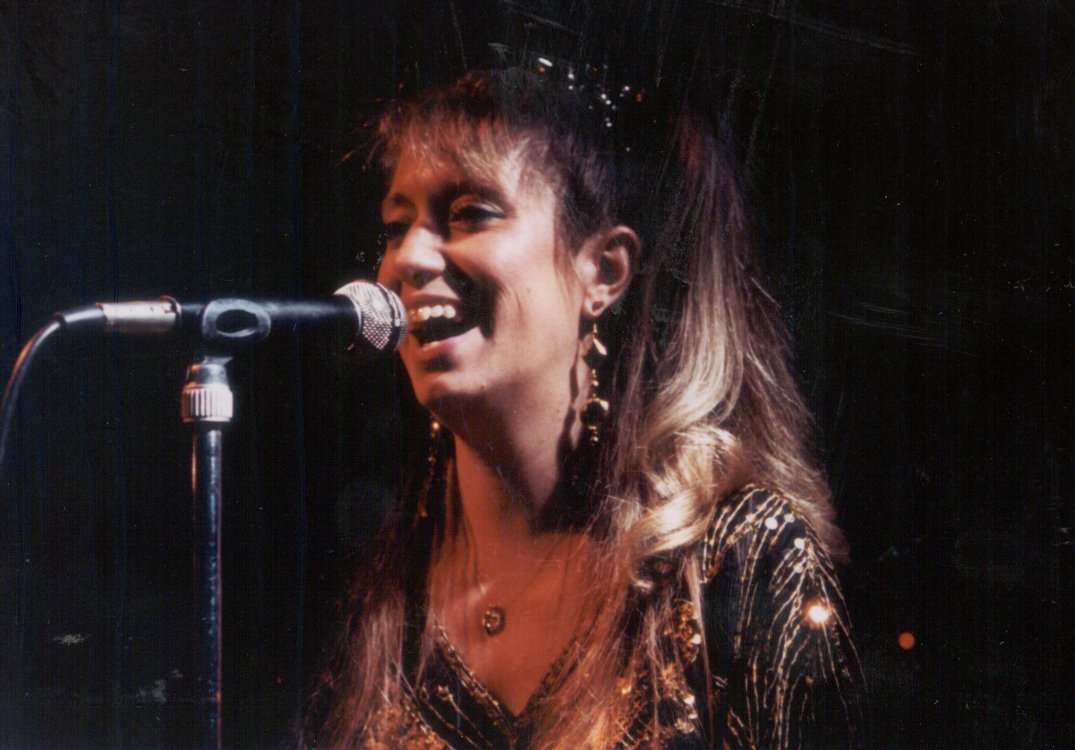 Gail Hicks in a live shot with Step On It.

The idea of playing in a Midi band intrigued Murphy. However the problem with most drum machine bands was that they sounded too artificial. A primary focus that both Boulse and Murphy thought was very important was that they wanted their sound to not be mechanical.  Their goal was that the absence of a real drummer and bass player would not be noticed to the average listener. To that goal, much effort was made to emulate the drum parts of the songs they were playing were as exact as they good get it. All the sections of the songs (verse, chorus, bridge, lead, and endings) were programmed into the drum machine to keep the parts different and unique as a real drummer would do. 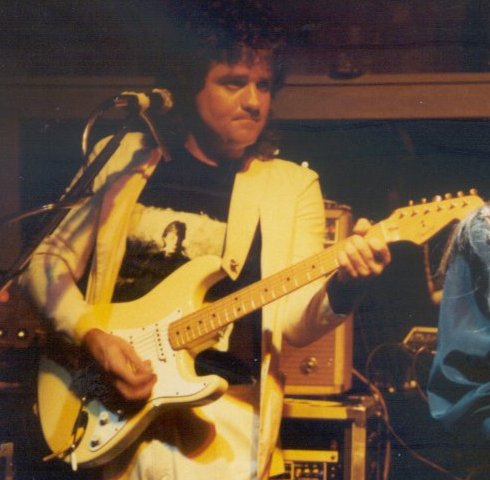 Kelly Murphy in a live shot with Step On It

In addition to the musical parts being programmed as close as possible to the original, much effort was also put into the PA system. It was essential that the PA be as powerful as possible to emulate the sound of a real drummer. They wanted to avoid having their drum parts sounding cheap and fake. A huge PA was not practical due to the small clubs being played. So, they designed a PA that was small in size but had a big sound. 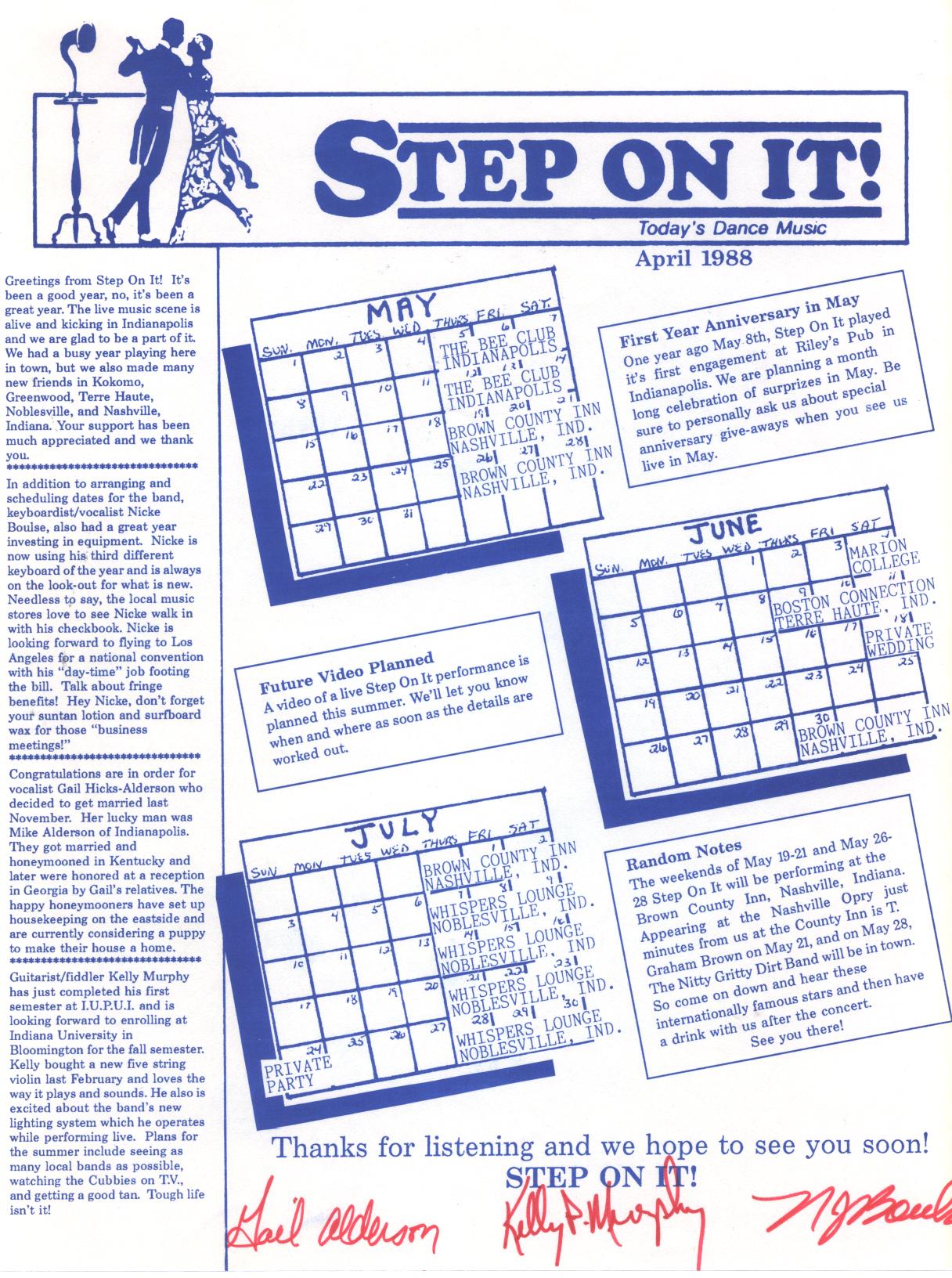 One of the limitations of being in a mIdi band with all the songs programmed out before hand, is the absence of improvising or jamming. For example, both Murphy and Boulse were very accustomed to following the lead vocalist or lead guitar player on when to move to different sections of the song.  For example, some nights the lead player might be inspired and play two 16 bar leads in the middle of the song, other nights he might play only one section. This is the magic of live music.

With the songs being programmed ahead of time, this flexibility was not possible. However, there were two to three times in each set where Boulse needed 3-4 minutes to add the next group of three or four songs to his sequencer. During this time, the band would do open jams to fill the time.  This gave Murphy the time to improvise as long as he wanted during these free-form sections. Once Boulse was ready, he would give a signal and they would then move into their next song.. 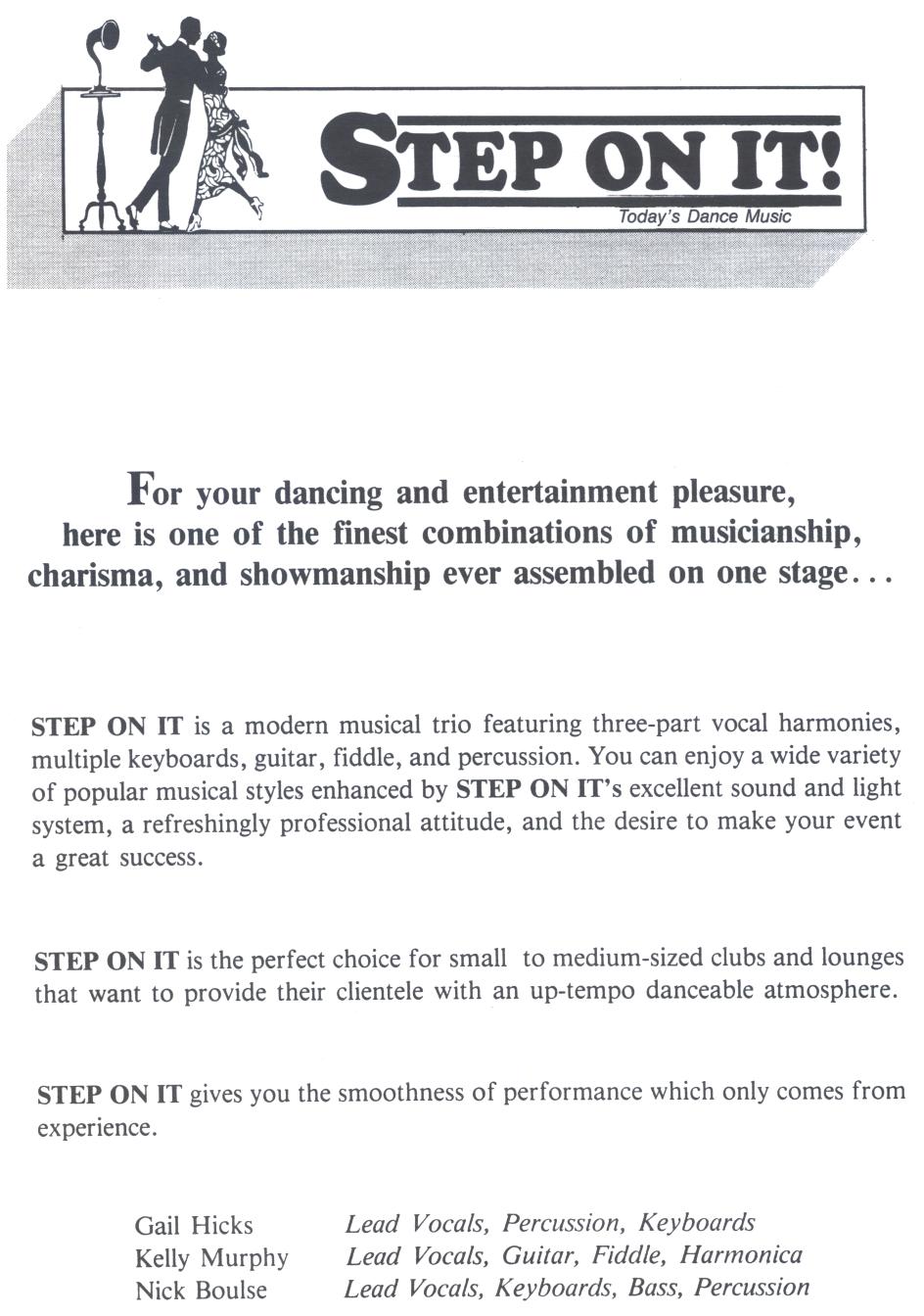 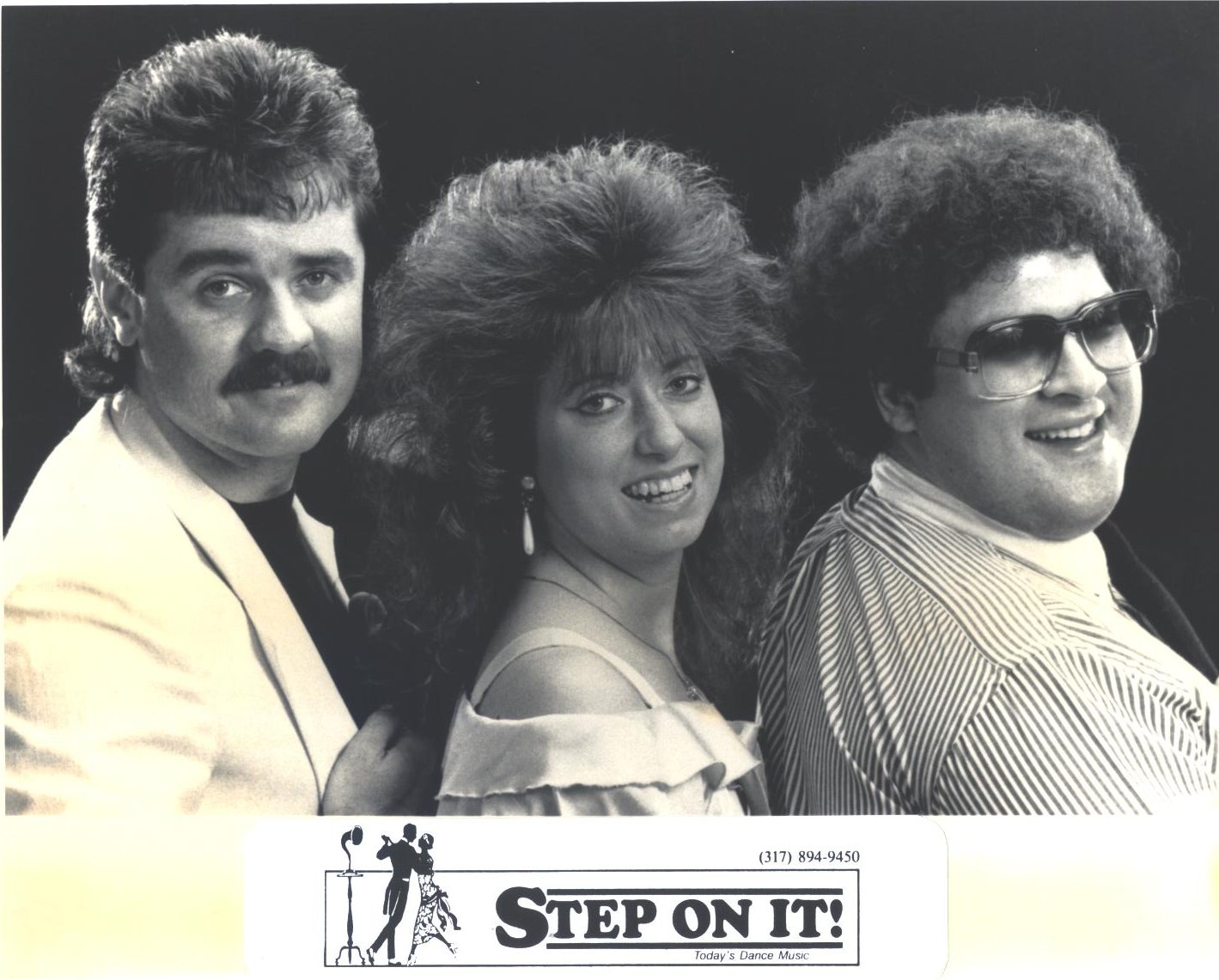 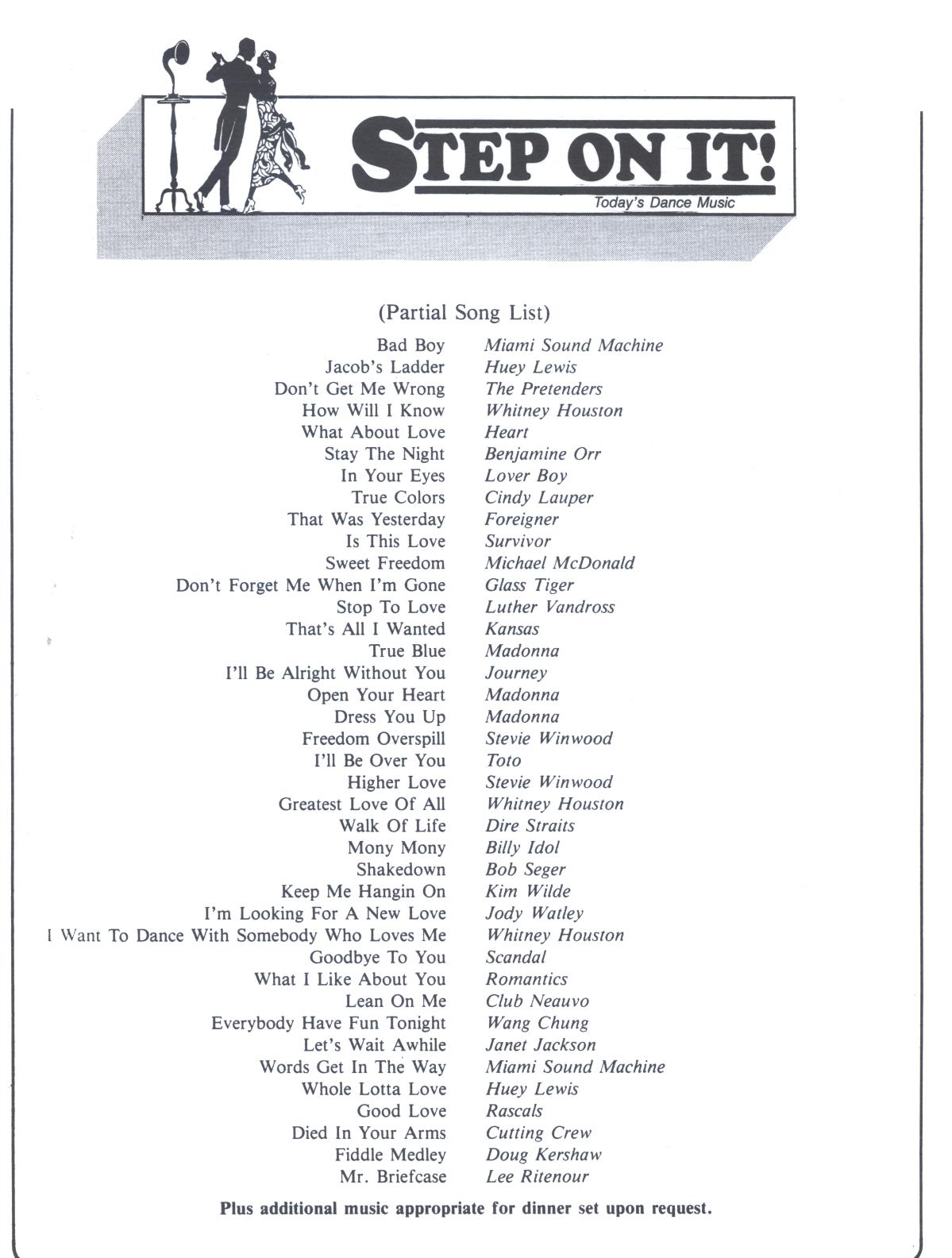 Step On It played throughout central Indiana for about 5 years. Most of their gigs were in the Indianapolis metro area. They worked every weekend and frequently played 3-4 nighters. One of their most interesting gigs was playing New Years Eve in the Crows Nest at the Bank One Tower in downtown Indianapolis. This room was at the top of the tallest building in Indianapolis and slowly rotated 360 degrees to offer a constantly changing different view of downtown Indy. 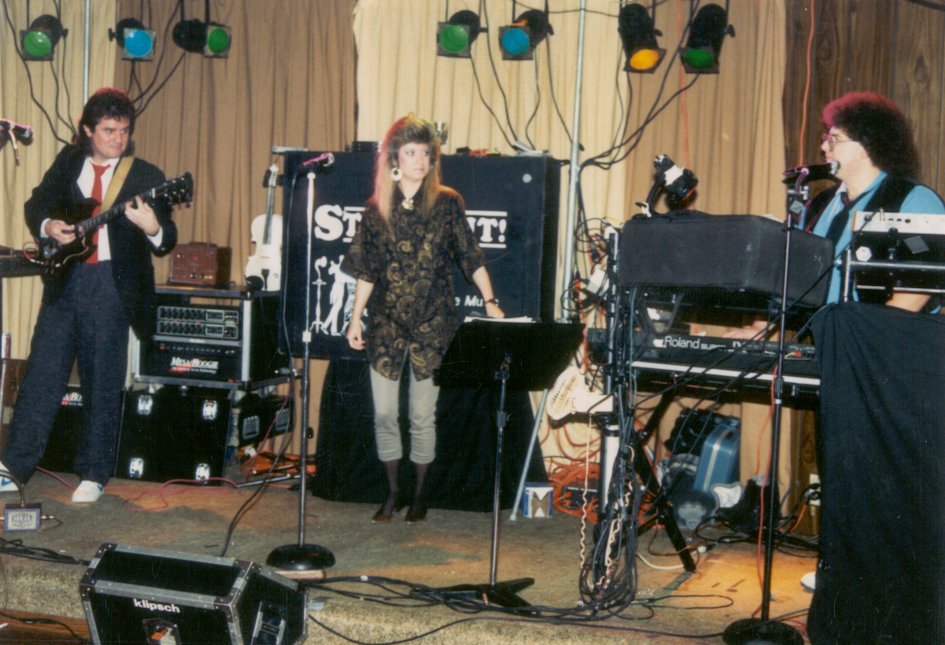 Step On It on stage 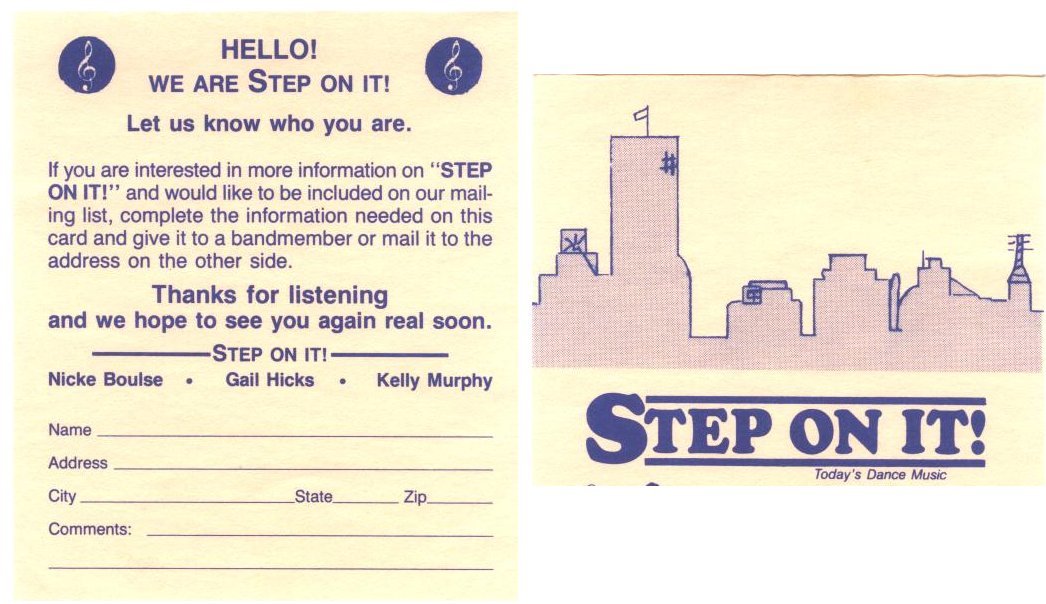 Above is a “table tent” that was placed on tables at Step On It gigs. Click here to see a compilation of Step On It set lists

Even though Step On It was a three piece MIDI band, they occasionally used a drummer for some gigs. Here is a shot with their drummer.

Polaroid shots from Step On It

During the course of the band, Murphy started out living in Noblesville and working at Wal-Mart.  He soon moved to Indianapolis for about a year. He then relocated to Bloomington to fully focus on grad school. He continued to live in Bloomington and travel to the Indy area to play in the band for about three years.

At this time, Murphy was a full-time grad student, teaching courses at the School of Education, working as a member of the IT department for the School of Ed,, teaching classes at nearby community colleges, conducting research for his Ph.D. dissertation, and traveling to Indy to play in the band.

The band eventually decided to call it quits and Murphy had the time he needed to finish his graduate school degree. Murphy did find another couple bands in the Bloomington area to avoid becoming rusty but did not work as much as Step On It was.

By the way, while in grad school, Murphy got married and had Boulse’s new band played for his wedding reception.

Nick has continued to work in bands in the Indianapolis area.

It is not known what Gail Hicks is doing now.