The New Danny and the Juniors

The New Danny & the Jrs. began in the spring of 1974 when Dan Malloy, OCHS Vocal Music Teacher was contacted by the ladies of Grace Methodist Church to provide entertainment for their annual Mother/Daughter Spring Banquet.  That year’s theme was 1950’s Rock & Roll.  Due to a timely resurgence of 50’s music by a retro-group known as Sha-Na-Na, it was right in vogue to be performing 50’s music again.  The name was derived from an existing group from the 50’s called Danny & the Jrs, so we added the words “the New” Danny & the Jrs so we wouldn’t infringe on any copyright laws.  It was a natural fit because the group’s leader Malloy’s first name was Danny and most of the group were juniors in High School.  Members of that group for the first performance were Mark Treat, Kurt Langel, Tim Klatt, Jim Hoskin and Mike Perez as singers.  The instrumentalists were borrowed from another existing group in Oelwein called “Pure Joy’ and were as follows: Chuck and Clay Hallberg, bass and drums; Mike Fereday, guitar; Steve Holland, vocal; Dan Malloy, keyboard.

The group made such a big hit that several people in the audience suggested they keep the group going.  As it turned out, several of the mothers of the students owned 45 rpm recordings of 50’s hits so as these records became available the Juniors spent the next 3 months transposing the music from the records to song sheets for the singers.  They practiced daily for the next couple months in the music room at the high school and by this time they could perform about 30-40 songs.  Many of the students wanted to be part of the activity but the core group of singers stayed pretty much stable through the next year with many people coming and going through the back-up band.  Some of the players that participated who became regular members of the group were Tim Jack, Donny Stohr, Roger Wetlaufer, Terry James, and Blaine Fallis.  Also of note are Mark Reckhemmer (tech guy) and Bill Ramsey (roadie) 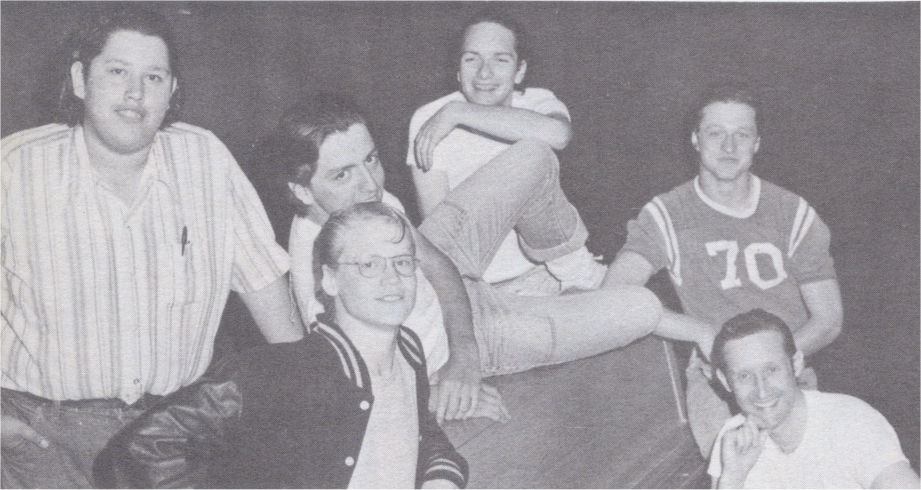 The year 1975 became a very busy year for the OCHS vocal music program as well as Danny and the Jrs.  They were invited to play at various neighboring schools for sock hops after basketball games and fraternity and sorority parties at Upper Iowa with all the proceeds going to the choir  fund for a trip to St. Louis.

Danny and the Juniors at OCHS sock hop. Picture from the OCHS yearbook.

The following summer the group was performing regularly in dance halls throughout northeast Iowa, country club parties, the Iowa State Fair, and 4th of July celebrations at Aurora. And who can forget Wildwood!!  So many people came to Wildwood that when they were performing, the floor was going up and down like a trampoline and you could feel the vibrations, especially when they played songs like “Takin’ Care of Business”, At the Hop, 16 Candles, Rockin’ Robin,  etc.

Listen below to a live performance of The New Danny and the Juniors at the Wildwood Ballroom:

One of the cool things about this band was that not only the high school kids came to the performances, but they sat at the same table as their parents. 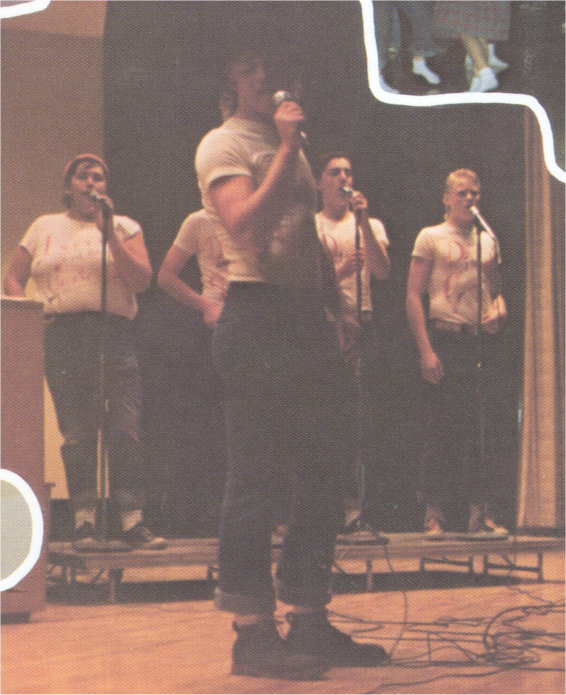 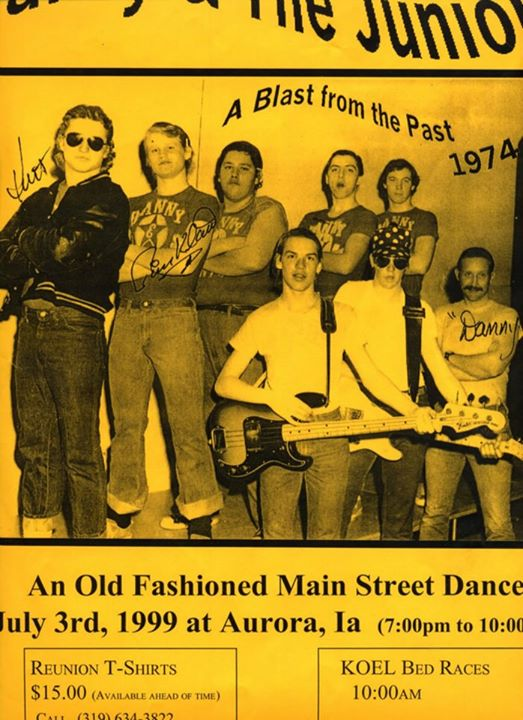 In the year 2001, several of the original band members and their families returned to Oelwein for a golf outing and reunion.  It was decided then that they should get together just for fun to play tunes and reminisce, but that developed into a gigantic fund raiser for the OCHS band which was planning a trip to the Orange Bowl.  Then in 2011 when the 35th anniversary came around people wanted to hear the group one more time so the Chamber of Commerce and KOEL radio sponsored a street dance where they closed off Charles and Frederick in the center of town for the final performance of the New Danny and the Juniors. 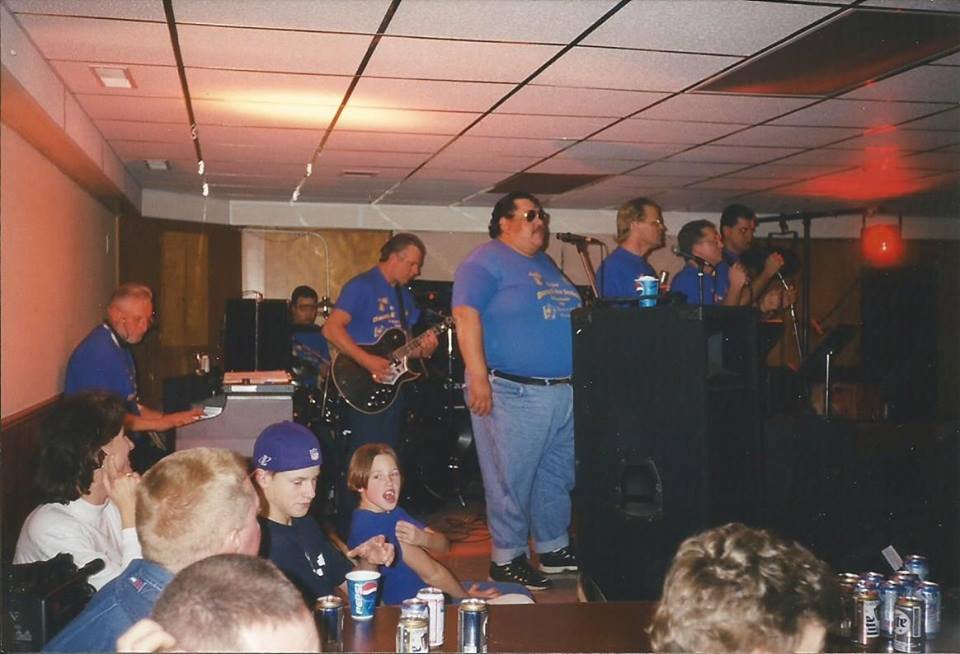 Clips of the New Danny and the Juniors reunion in downtown Oelwein in 2012:

This was a period in history that the band and all of Oelwein will all remember fondly.

4 comments on “The New Danny and the Juniors”