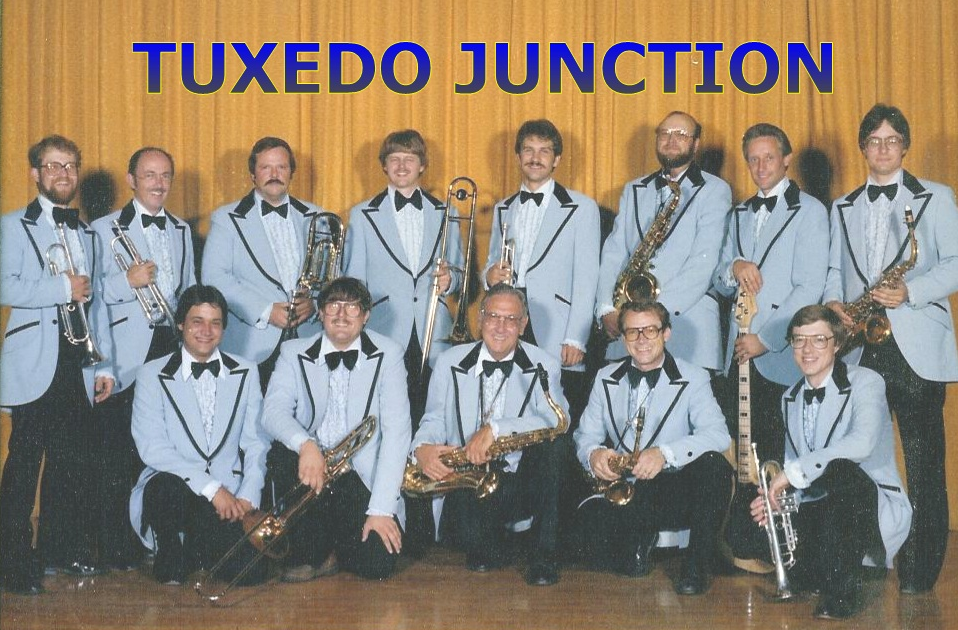 Tuxedo Junction was formed in the summer of 1980 when several Oelwein Jay Cee’s, who were former students of the Oelwein High School band director George Foy, approached the director about putting together a dance band. The original intent was to perform at a JC event they were hosting in Oelwein. The music was borrowed from the high school band’s music library.

The majority of the band’s first jobs did not result in any actual profit. They barely covered the expenses for PA equipment, music stands and transportation costs. During the first few months of the bands history they traveled in an old school bus. It was a rough ride so when the bus broke down on the way to a job they replaced it with a trailer for the equipment and everyone went by car. On one occasion the band’s bar bill was larger than the amount being paid to the band for the job. Everyone paid their own bar bill after that.

During the next several years they were invited to play at many different locations and events,  including Luigi’s in Oelwein, the Gayla Ballroom in Independence, and the Col Ballroom in Davenport. A highlight of their early career was the Jefferson Hotel in Cedar Rapids where they played the New Year’s Eve celebration for several years.  Those performances included a live feed to the local radio station that enabled thousands of listeners to remotely enjoy their show.

Hear actual live performance of Tuxedo Junction at the Gayla Ballroom below:

Tuxedo Junction was a huge hit with high school graduates of the 1940’s at their reunions. They also played for many wedding dances. The band is still active today.