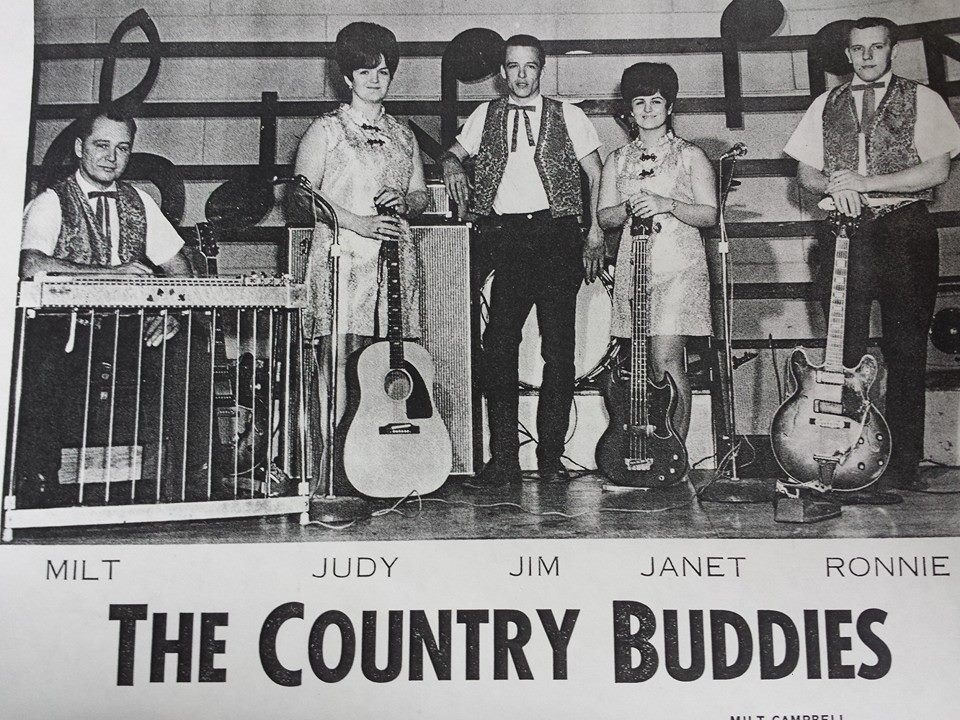 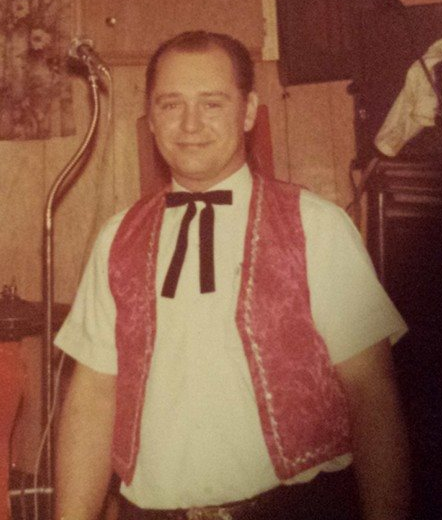 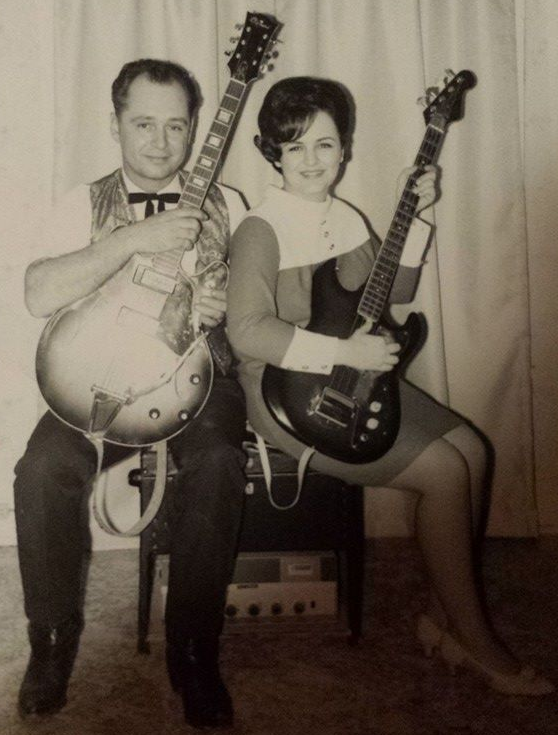 Milt and his daughter Janet Fitz

Milt grew up and attended school in Stanley, Iowa. He was united in marriage to Exie Alma Kelley on May 9, 1945 in Mtn. Grove, Mo. Seven children were born to this union.

At the age 11, Milt got his first guitar. This began a lifelong love of music. He taught himself how to play several instruments and also how to repair radios and electronics.

Milt and Exie raised their family in Oelwein, where he was the superintendent for 16 years in the Water Sanitation Department. In 1984 they moved to Norwood, Missouri, where he worked for the city of Norwood in the water department. 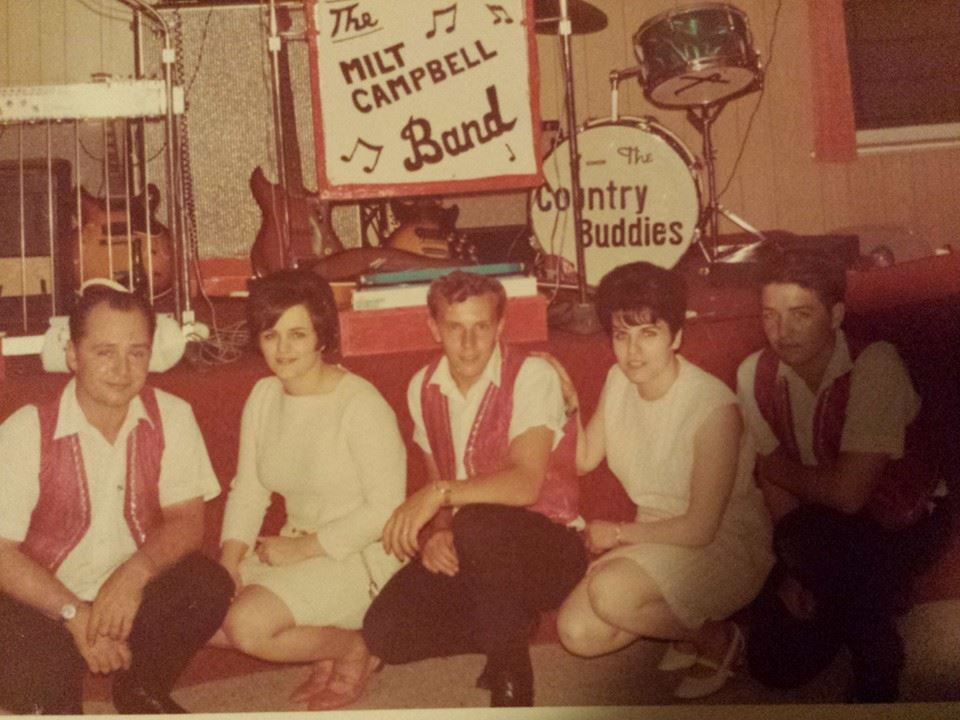 In 1966, Milton formed the Country Buddies Band that most of his children played in along with a son-in-law. 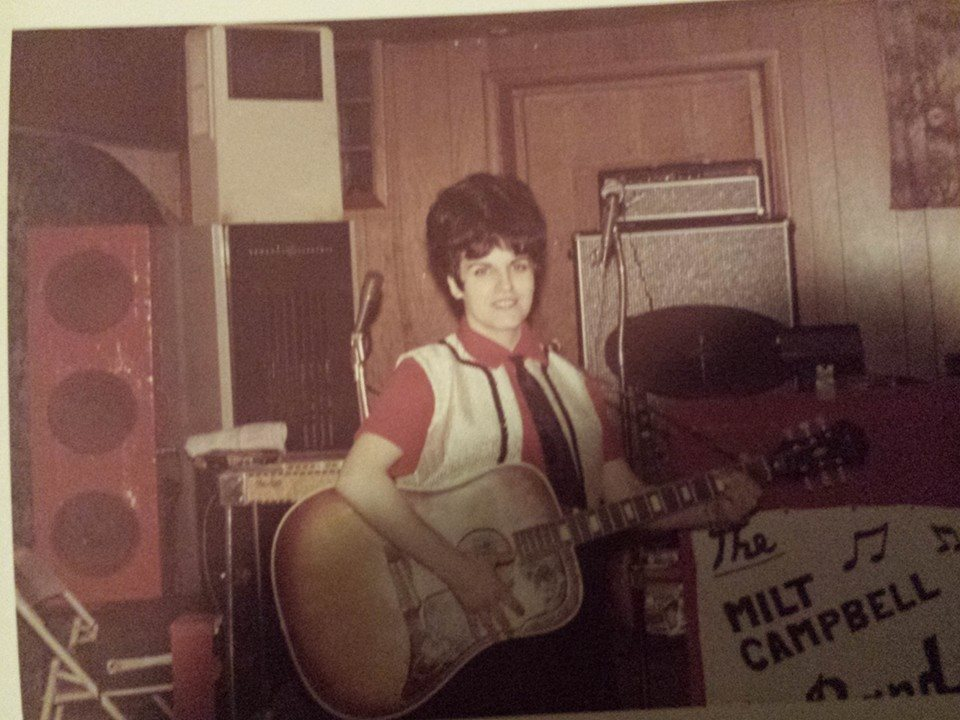 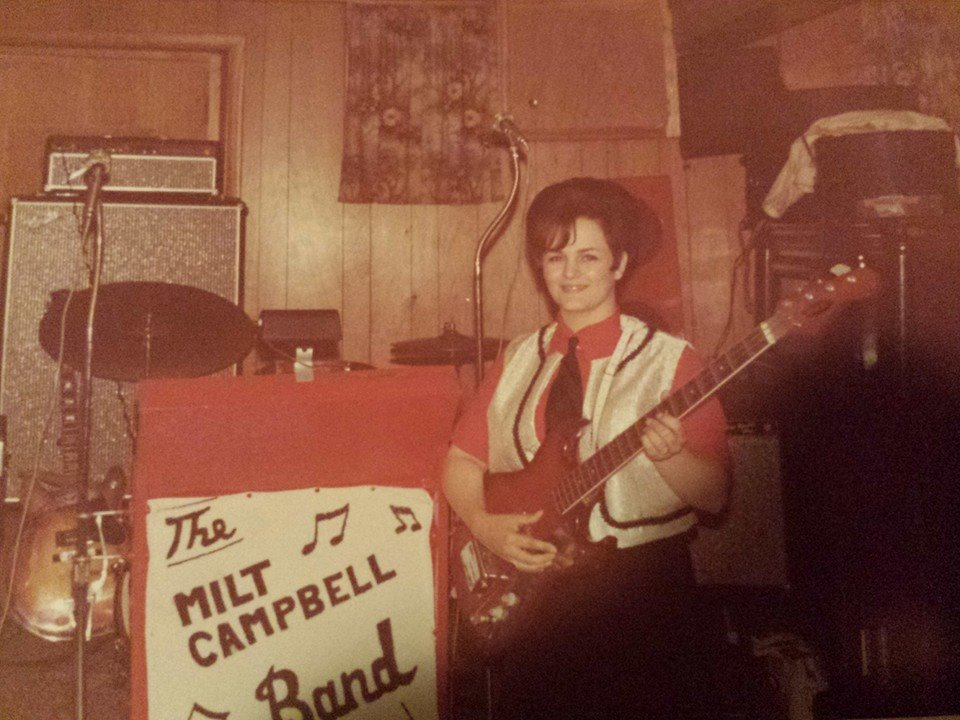 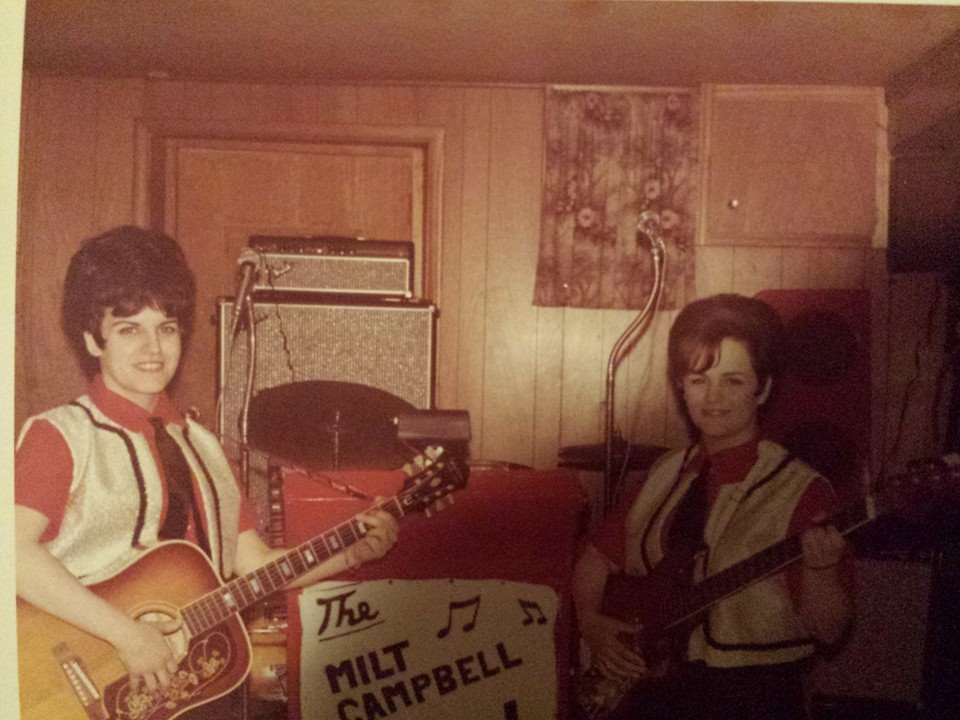 Milt’s two daughters were part of his band. 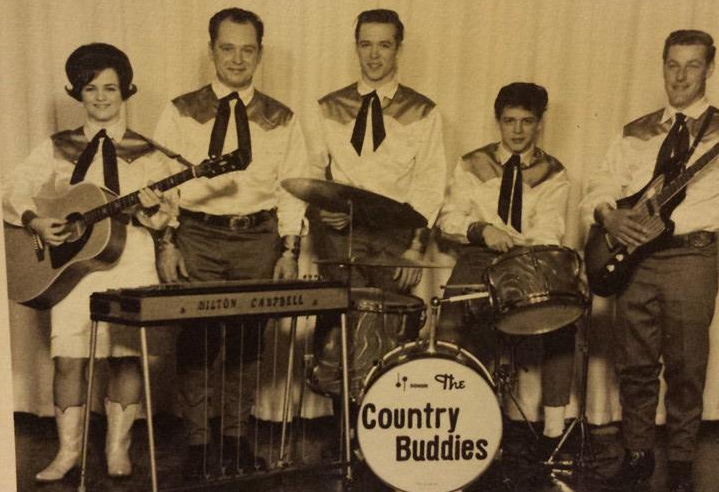 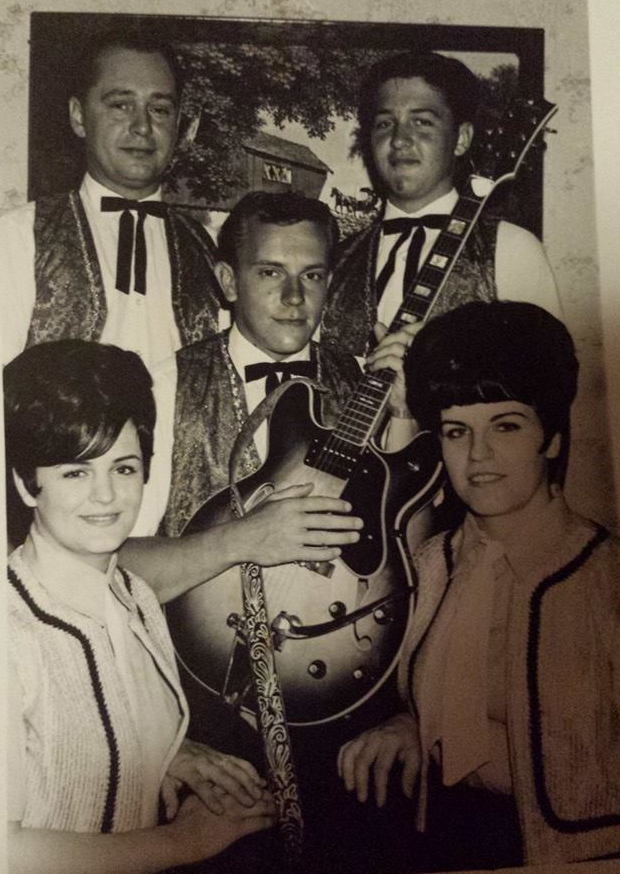 Above are several promotional pictures of the Country Buddies 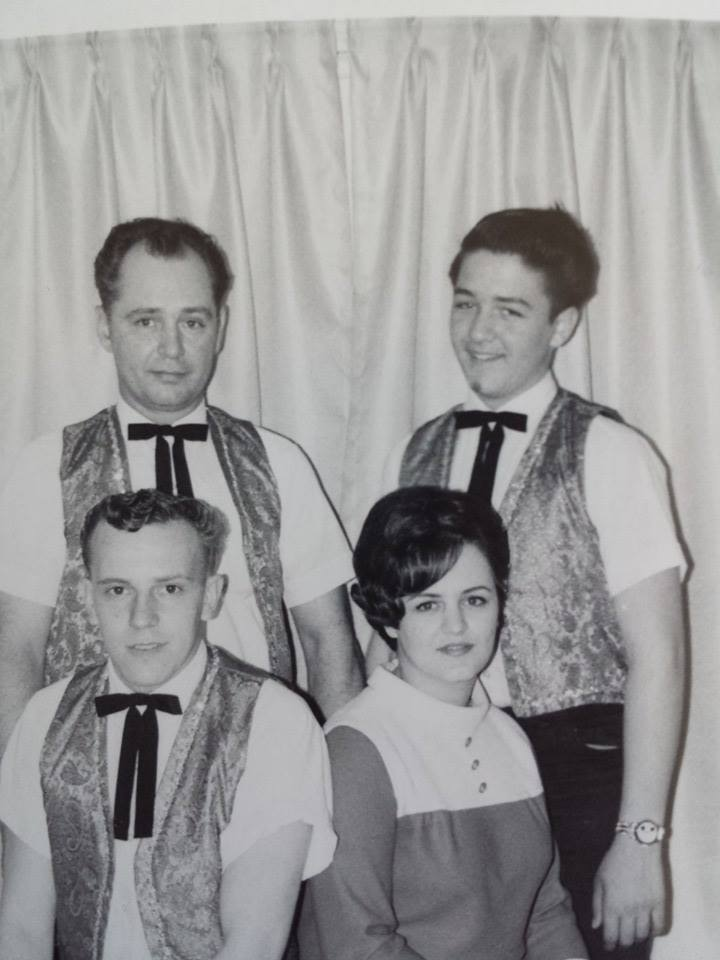 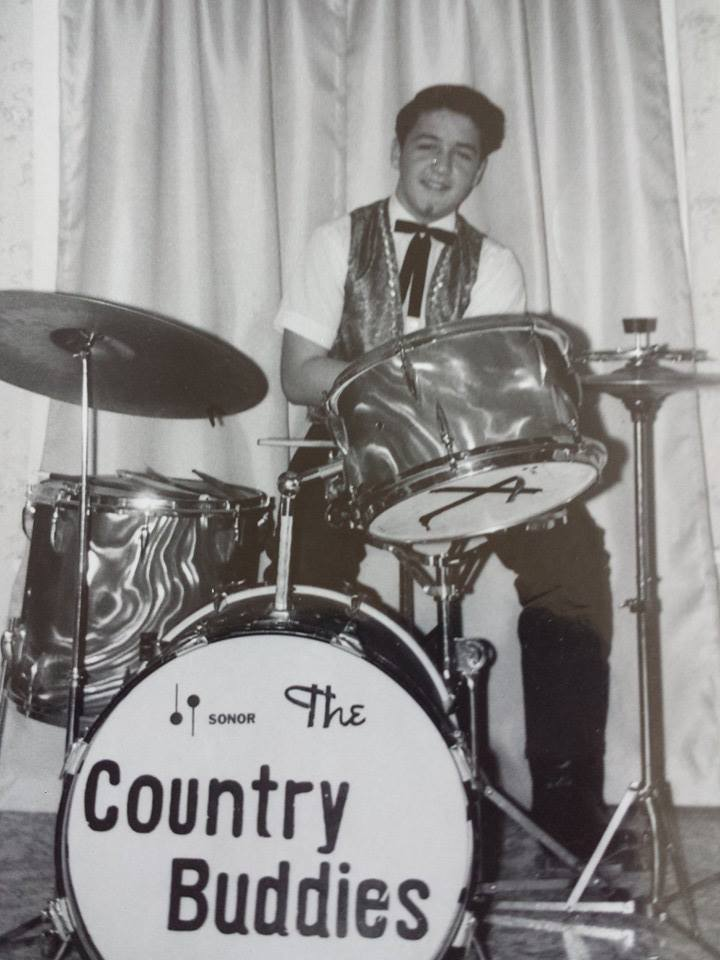 Below are several pictures of the Country Buddies playing at the 4 Roads Inn 0n Highway 3 near Oran, IA 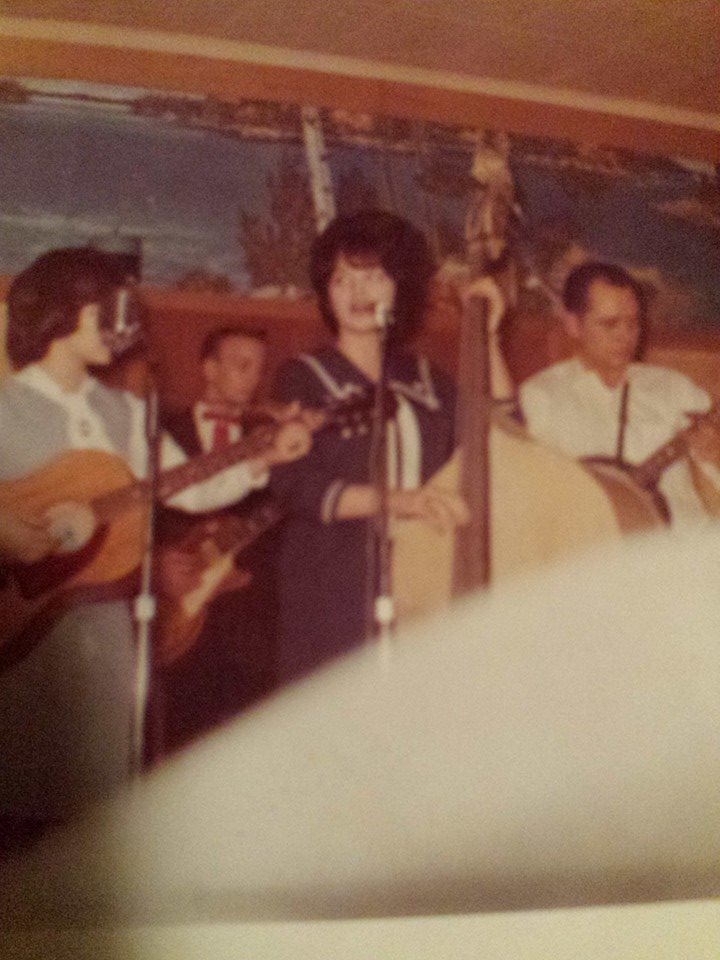 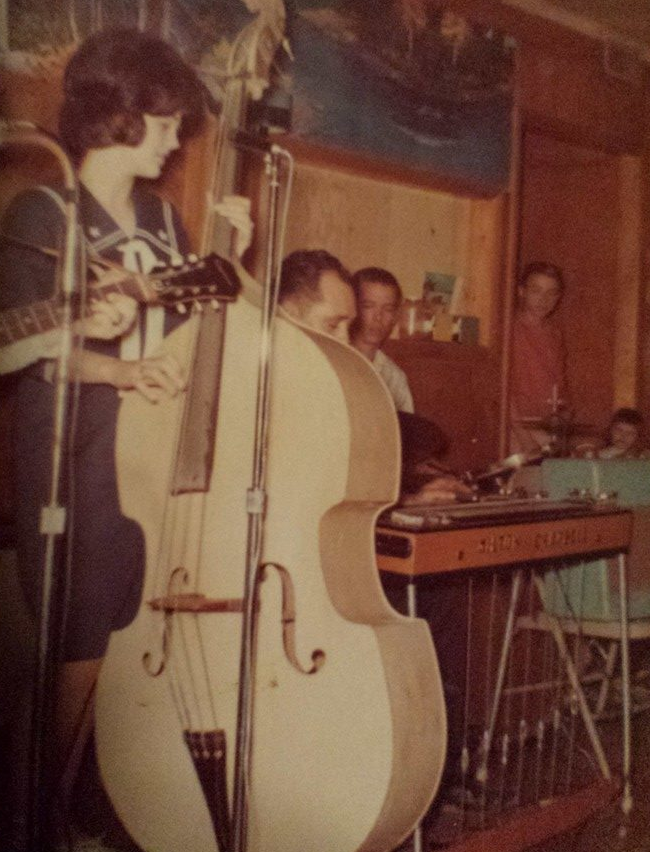 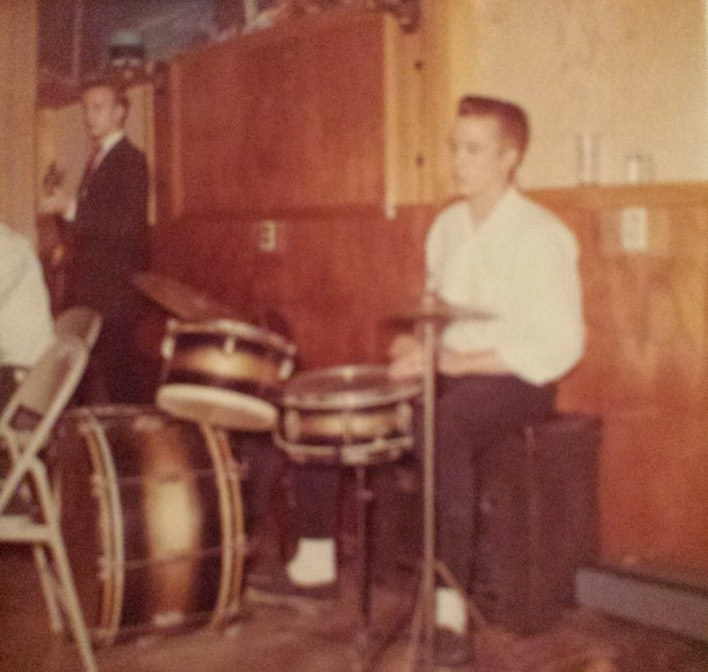 Jimmy Campbell on the drums 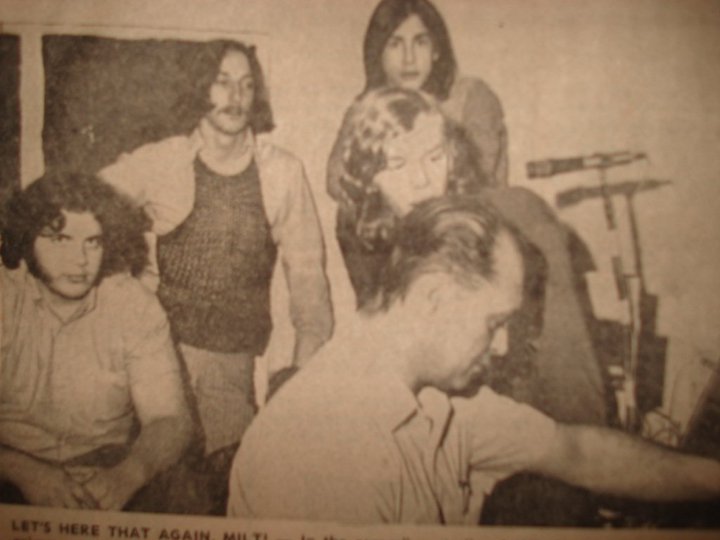 Oelwein Rock Band Afterflash in studio mixing with Milton Campbell while recording a promo 45rpm original song “Leave Myself To Die.” In the photo from left, Jim Mazziotti, Jim Trewin, Randy Hibbin (in back) and Chris Theolbald

Milt also played in several bands throughout Iowa and Missouri, playing country music at community events and jamborees. He also had a recording studio while living in Oelwein.

Milt Campbell was one of the top country bands in Eastern Iowa at the time. They also made money recording and playing on jingles for local merchants that were broadcast on local AM radio station KOEL. Milt was a member of the Oelwein music base that included Bobby Hankins, Leo Greco (hit song “Little Red Wagon”), Pee Wee Cherrier, Andy Doll, Alex Ricchio, and others. A lot of those guys would stop at Milt’s studio frequently. Milt played steel guitar, banjo, fiddle, and mandolin. Milt was a “cool” guy that came from a completely different generation and musical background and yet was friends with many of the young musicians in Oelwein.

Following their move to Norwood to be near their parents, Milt and Exie opened a music store at their residence, where he taught music lessons and built instruments.

Milt loved his family very much and looked forward to visits from his children and grandchildren. 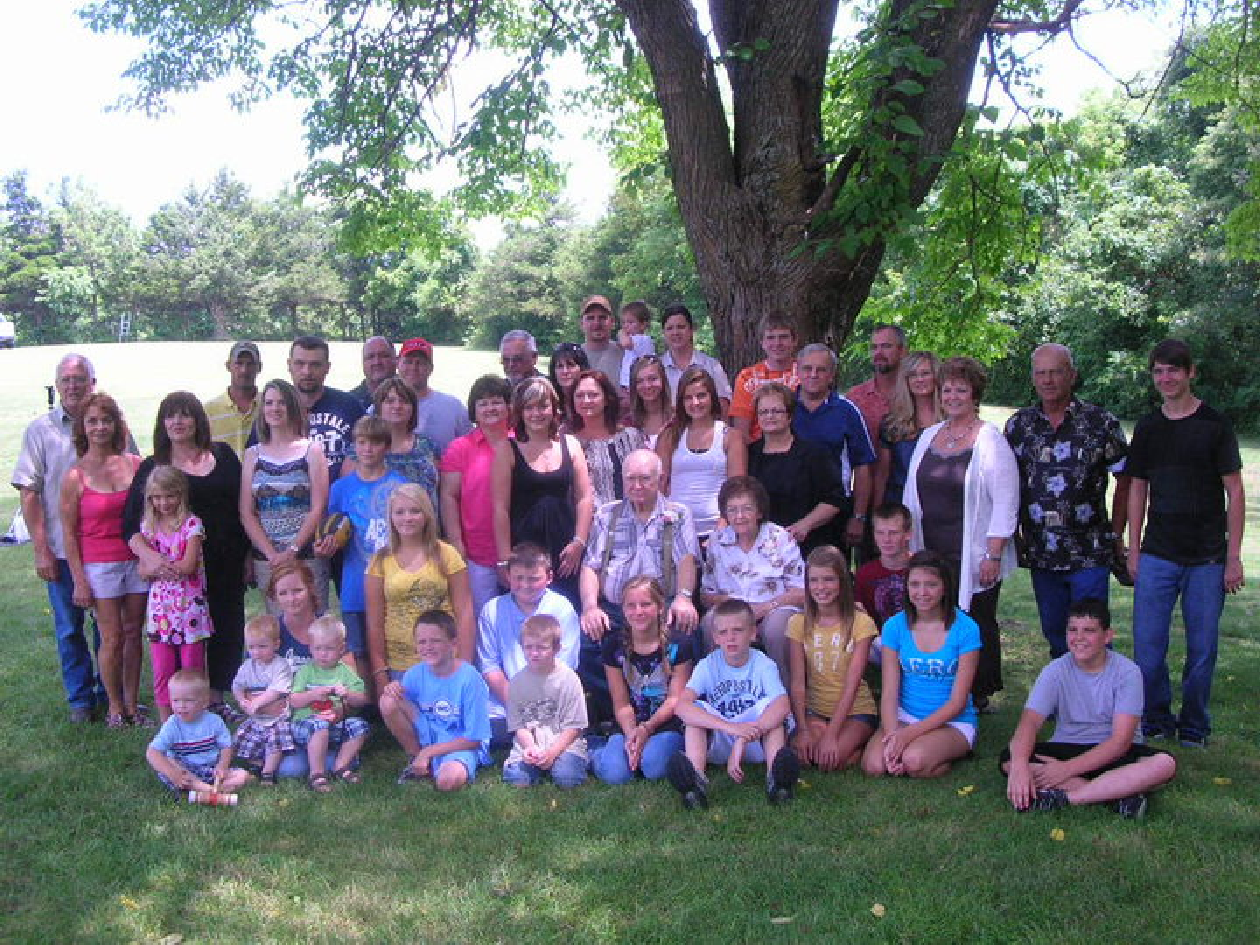 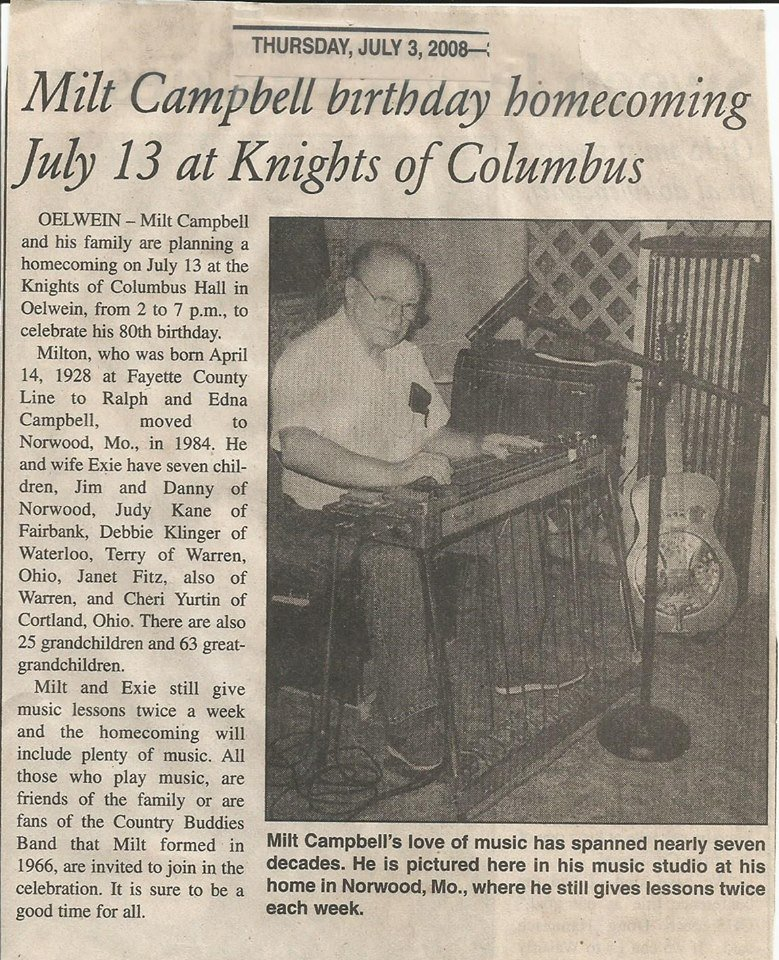 He also liked family get-togethers, which always involved playing music. He enjoyed fishing with his grandchildren and camping. He also liked to fly airplanes, model airplanes, and do woodcarvings.

View his obituary published in the Oelwein Daily Register here.