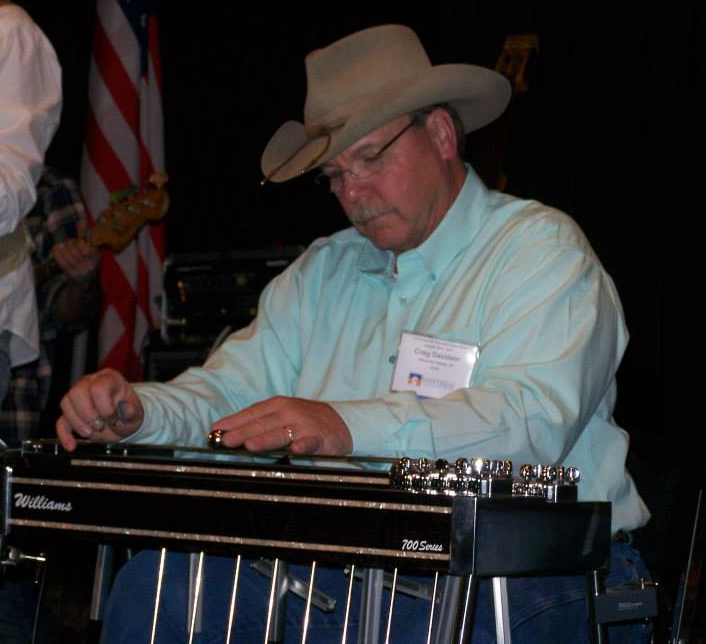 Craig Davidson started out playing music in Oelwein with Donnie Stohr and Steve Westpfahl. He also filled in with Milt Campbell and Country Buddies, The Blue Flames, Don Vargason and Butch Gage.

He went from there to playing with The Esteems from Waverly. He was so young his folks had to drive him to the gigs. He did this gig for about a year before going to work with CD Country Sounds out of Manchester.

Just before he turned 16, Davidson joined The Drifters from Janesville.  He played for them about 8 years.

Next he joined Stone Canyon from Waterloo.

From there he worked with several different bands until he started Quickdraw in the early 90’s. They were together about 6 years with various local members until Davidson got tired of band leading and went to work for The Dave Dighton Band from Coggon.

With Quickdraw he worked with David Houston and Hank Thompson. They also opened for Waylon Jennings, Sammy Kershaw, Clinton Gregory, and Highway 101.

During that time Davidson also did some single gigs with Sheb Wooley, Dale Black, and others.

Towards the end of the 90’s he worked with Cheyenne from Cedar Rapids.

Since moving to Wisconsin he worked with the Vicky Lynn Band, The Texxas Band, The Broken Arrow Band, and David Church.

Special note from the Webmaster: Craig Davidson’s memories of the history of Oelwein country music contributed an essential part of this website. We thank Craig for his contributions to HubCityMusic.